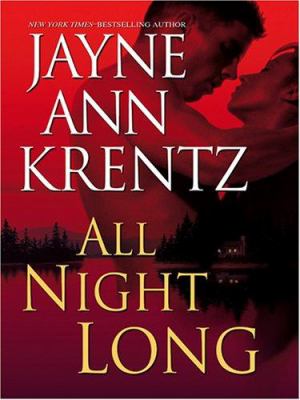 A New York Times Bestselling AuthorIrene Stenson had fled Dunsley, California, after her parents' murder-suicide on a long-ago summer night. Now an urgent e-mail from her high-school best friend has summoned her back. The bestselling author of Falling Awake presents a fascinating novel of old ties and new entanglements, small-town secrets and scandal brought to light.

Krentz's latest fast-paced, well-plotted romantic thriller takes place in the tiny Napa Valley village of Dunster-perhaps named after the Amanda Quick heroine Emma Dunster. A mysterious e-mail from a childhood friend, Pamela Webb, draws big-city reporter Irene Stenson home, but when Irene arrives, Pamela is dead, apparently of a drug overdose. Handsome but damaged ex-Marine Luke Danner, who owns the lodge where Irene is staying, helps her look into the case. The plot thickens when Pamela's house gets torched shortly after she dies, and soon Irene and Luke follow a trail that leads to Pamela's father, a powerful senator who may have played a role in the death of Irene's parents when she was a young girl. When Senator Webb's PR flack is found murdered after getting caught up in a blackmail scheme and Luke and Irene start their predictable but torrid romance, Krentz sets up a series of compelling confrontations, as Irene comes up with information that could jeopardize Webb's impending White House run. The dialogue, which dominates the book, is strong throughout; the plot is tight. Flaws like secondary-character overload and one-dimensional takes on politics aside, this is an impressive page-turner from a master of the genre. (Jan.) (c) Copyright PWxyz, LLC. All rights reserved

Some people have bad memories of their childhood hometowns; Irene Stenson has nightmares. As a teenager, Irene came home late one summer night after being out with her friend Pamela Webb, and discovered that both of her parents had been killed. Irene refused to believe that her father murdered her mother and then committed suicide, and soon afterward left Dunsley. Seventeen years later, Irene, now a journalist, is still haunted by the events of that fateful night, but a cryptic note from Pamela induces her to return home. But before Irene has a chance to meet with her, Pamela dies. When the police rule Pamela's death a suicide, Irene knows intuitively that there is more to the story. With the initially unwanted but soon very much welcomed help of sexy Luke Danner, an ex-marine and the owner of the lodge where Irene is staying, Irene begins her own unofficial investigation into Pamela's death only to discover that someone in Dunsley is keeping secrets that could prove to be deadly. Best-seller Krentz deftly mingles chilling danger and simmering sexual tension. --John Charles Copyright 2005 Booklist

The mistress of sheet-wringing suspense (Falling Awake, 2004, etc.) scores with a sexy thriller set in Dunsley, a small northern California lake town still seething from a family murder 17 years before. Irene Stenson was only 15 on the summer night she returned from an evening drive with best friend Pamela Webb to find the gunshot corpses of her parents on the floor of their lake house. The verdict at the time was that Dunsley police chief Hugh Stenson shot his wife and then himself, possibly in a jealous rage. The day after their funeral, an elderly aunt took the shell-shocked Irene away. Seventeen years later, Irene is a toughened reporter at an obscure newspaper elsewhere in California. She's drawn back to Dunsley by an email from Pamela, whom she hasn't seen since, asking to meet her to discuss "the past." Trailed by Luke Danner, the curiously proprietary owner of the secluded lodge where she's staying, Irene gets to her former friend too late; Pamela seems to have died of a drug overdose. Yet Irene is suspicious, nagged by the fact that Pamela had tried to contact her. She distrusts many of Dunsley's inhabitants, from police chief Sam McPherson to the members of Pamela's rich family, led by slick senator (and presidential aspirant) Ryland Webb. Clues open up as Irene runs into catty former acquaintances in town. She's shadowed constantly by Luke, a likable ex-Marine who has suffered his own share of post-traumatic stress. Typically, Krentz provides her heroine with just enough independence to be daring, yet not so much as to seem hard or impervious to the attractions of her manly suitor. Characters move a bit too easily through these tidy pages, and it's regrettable that Krentz switches POV to reveal the villains' obvious intentions when readers are perfectly capable of figuring them out. Fans won't care: It's good, creepy fun from a pro who can practically write in the dark. Copyright ©Kirkus Reviews, used with permission.
More book reviews at iDreamBooks.com