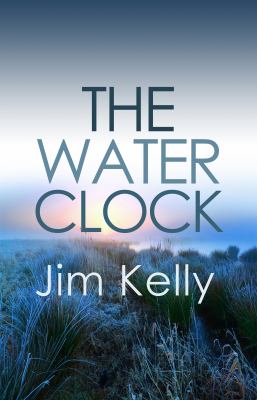 Genre/Form: Detective and mystery fiction.DDC classification: 823.92 Summary: In the bleak snowbound landscape of the Cambridgeshire Fens, a car is winched from a frozen river. Inside, locked in a block of ice, is a man's mutilated body. Later, high on Ely Cathedral, a second body is found, grotesquely riding a stone gargoyle. The dessicated remains have been there more than 30 years. Local reporter Philip Dryden knows he's on to a great story when forensic evidence links both victims to one terrifying event in 1966. But the investigation also offers the key to a very personal mystery.
Tags from this library: No tags from this library for this title. Log in to add tags.
Fiction notes: Click to open in new window

The Cambridgeshire Fens. Two separate victims, linked to one terrifying event in 1966. As reporter Philip Dryden investigates, he is forced to confront the night that changed his life forever.

Followed by: The fire baby.

First published in Great Britain in 2002.

In the bleak snowbound landscape of the Cambridgeshire Fens, a car is winched from a frozen river. Inside, locked in a block of ice, is a man's mutilated body. Later, high on Ely Cathedral, a second body is found, grotesquely riding a stone gargoyle. The dessicated remains have been there more than 30 years. Local reporter Philip Dryden knows he's on to a great story when forensic evidence links both victims to one terrifying event in 1966. But the investigation also offers the key to a very personal mystery.

British author Kelly's strong debut introduces Philip Dryden, a reporter for a weekly newspaper in Cambridgeshire, England. Reporters are always in the thick of things when crimes happen in a small town, but Dryden is more involved than normal because he has made a deal with the devil. To help a policeman in trouble, he writes a not-quite-true news story, in exchange for the official report of the auto accident two years earlier that nearly killed Dryden and left his wife in a coma. Obsessed with finding out who rescued him but not his wife and then disappeared, he goes to dangerous lengths for answers. A masterful stylist, Kelly crafts sharp, crisp sentences so pure, so true, they qualify as modern poetry. The cold, bleak landscape of the fens seems to seep through the paper and chill the fingers turning the pages. Less impressively, the police report on the accident, when Dryden finally gets his hands on it, is anticlimactic, and he seems largely unaffected by what he learns. And the story concludes with one of those improbable "you might as well tell me everything before you shoot me" conversations between protagonist and killer, a mild disappointment from a writer of Kelly's skill. On balance, however, this is a solid mystery from a promising new talent. Agent, Faith Evans. (Dec. 8) Forecast: Shortlisted for a CWA John Creasy Award, and with endorsements from Colin Dexter and Val McDermid, this should sell a lot better than the average first mystery novel. (c) Copyright PWxyz, LLC. All rights reserved

Philip Dryden worked for a Fleet Street newspaper until he and his wife were involved in a terrible car crash. Philip survived unscathed, but his wife has been in a coma for five years. To be near the sanatorium where she lies, Philip takes a job near Cambridge, reporting mainly on dog shows and country fairs. But when a car containing a man's body is pulled from the nearby river, Philip's investigative instincts revive. And when a second body--this one dead for years--is discovered on top of the local cathedral, his interest is definitely piqued. Philip soon uncovers a link not only between the two deaths but also to a crime that took place 30 years earlier. Discovering the identity of the man who killed both victims becomes Philip's mission. The book starts slowly but quickly picks up momentum and then runs hell for leather to the final climax. Strong characters, a riveting plot, plenty of humor, and an eccentric hero add up to a fine debut from the talented Mr. Kelly. --Emily Melton Copyright 2003 Booklist

The mystery debut of water-traumatized reporter Philip Dryden, who must confront his demons and worse in the flood-ravaged Cambridgeshire Fens. Crashing through the ice in a childhood skating accident left Dryden mortally afraid of water. Years later, as his wife Laura slept in the back seat, he barely escaped when another car sent his tumbling 20 feet into the Harrimere Drain. Ever since, Laura has lain comatose in the Tower Hospital, where Dryden visits her every day, hoping for signs of movement. None come until he begins investigating the frozen body hauled out of the river Lark for The Weekly Crow (circ. 17,000 and falling). When he connects it to the desiccated corpse that's been languishing among the Ely Cathedral gargoyles for 30 years, the last time the roof was inspected, and ties both fatalities to the horrific "Crossroads" robbery of 1966 and dishonor amongst thieves fallen out, Laura begins moving. Is her apparent progress a subtle threat: Leave the story alone or your wife's a goner? Prodding DS Andy Stubbs for information and relying on minicab driver Humph for transport and backup, Dryden resolves old and new mysteries while the Fens are submerged under torrents and Laura lies deathly still in the Tower. Intriguing characters and locale and wryly believable newsroom background from Financial Times correspondent Kelly. One quibble: Why would water-phobic Dryden choose to live on a superannuated 1930s naval inshore patrol boat? Copyright ©Kirkus Reviews, used with permission.
More book reviews at iDreamBooks.com