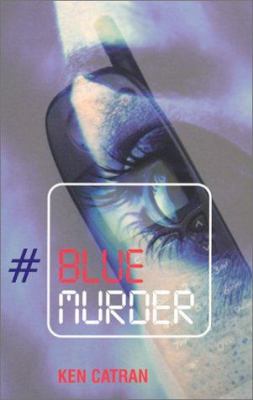 Genre/Form: Young adult fiction, New Zealand. | Thriller -- Fiction. | Teen fiction.DDC classification: Young Adult Summary: "Mike Connors was arrested for the Blue killings. Then Blue killed again so Mike was released. Mike is not finished with Blue. And Blue is not finished with Mike. Someone else must die"- -Back cover. Suggested level: secondary.
Tags from this library: No tags from this library for this title. Log in to add tags.
No physical items for this record

Murder mystery for teenage readers. Sequel to 'Talking to Blue', Senior Teen Fiction finalist for the 2001 New Zealand Post Awards. Continues the story of Michael as he tells what really happened during the period of the so-called 'blue murders' - as opposed to what he told the police had happened. Author previously wrote 'Golden Prince' and 'Voyage With Jason' which won the 2001 New Zealand Post and Best Teenage Fiction Awards. He also contributed 'Road Kill' to the Crime Waves series.

Novel for young adults by a New Zealand author.

Sequel to: Talking to Blue.