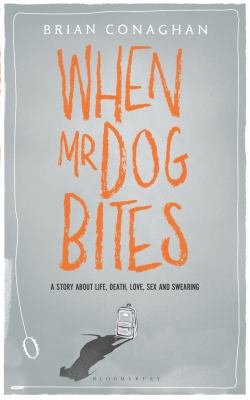 Genre/Form: Young adult fiction. | Teen fiction.DDC classification: 823.92 Also available as an ebook.Summary: All seventeen-year-old Dylan Mint wants is to keep his Tourette's in check and live as a normal teen, but during a routine hospital visit he overhears that he is going to die, and in an attempt to claim the life he has always wanted he makes a list of "Cool Things To Do Before I Cack It" and sets out to have some fun.
Tags from this library: No tags from this library for this title. Log in to add tags.

Dylan Mint has Tourette's. His life is a constant battle to keep the bad stuff in - the swearing, the tics, the howling dog that seems to escape whenever he gets stressed ... But a routine visit to the hospital changes everything. Overhearing a hushed conversation between the doctor and his mother, Dylan discovers that he's going to die next March.
So he decides to grant himself three parting wishes, or 'Cool Things To Do Before I Cack It'. Number one on the list is to have 'real' intercourse with his stunning and aloof classmate Michelle Malloy. Secondly, Dylan pledges to 'fight heaven and earth, tooth and nail, dungeons and dragons' so that his best friend Amir can find a new 'best bud'. And finally he has to get his dad back from the war so that mum can stop crying so much.
It's not a long list, but it's ambitious, and he doesn't have much time. But as Dylan sets out to make his wishes come true, he discovers that nothing - and no-one - is quite as he had previously supposed.

Also available as an ebook.

All seventeen-year-old Dylan Mint wants is to keep his Tourette's in check and live as a normal teen, but during a routine hospital visit he overhears that he is going to die, and in an attempt to claim the life he has always wanted he makes a list of "Cool Things To Do Before I Cack It" and sets out to have some fun.

In this no-holds-barred coming-of-age story, Conaghan's U.S. debut, the British author introduces 16-year-old Dylan Mint, who struggles daily with Tourette's syndrome. When Dylan learns that he's likely to die in a few months, he sets out to accomplish three things: have sex with a girl, help his best friend Amir overcome prejudice, and get his soldier father home from Afghanistan. Naturally, nothing goes as planned, as Dylan discovers truths about his family, his own condition, and the people in his life. Focused through narration rife with bursts of profanity and Cockney rhyming slang, this story takes on an almost hallucinatory tone (" 'BIG GIANT SHITE' I shouted, then whooped a few times and then headed back to class in a massive daze"). It's nevertheless an uncompromising look at the effects of Tourette's, autism, and Oppositional Defiant Disorder on those who have them and their friends and family. Though the story occasionally goes astray amid a meandering plot and dialogue that takes effort to unpack, Conaghan, who has Tourette's himself, does an excellent job of portraying his unconventional and memorable protagonist. Ages 14-up. Agent: Ben Illis, the Ben Illis Agency. (June) (c) Copyright PWxyz, LLC. All rights reserved.

Gr 10 Up-Dylan Mint suffers from Tourette's syndrome. He also just found out he has only eight months to live. He decides the only thing to do is come up with a list of "Cool Things To Do Before I Cack It." The list includes having sex for the first time, finding a new best friend for his best friend Amir, and convincing the army to allow his dad to come home from the war. It's obvious to readers from early on that Dylan is not actually going to die-this belief stems from a misunderstanding at the doctor's office. It is also clear his dad is not actually in the army or at war. This first person account is insightful, engaging, and immerses teens into the world of Tourette's. British and Scottish slang, coupled with Dylan's scattered thought processes, can make it difficult to understand at times. Though the excessive swearing may be off-putting to some readers, the language is authentic, given the protagonist's disorder. This is an uninhibited and compelling look inside the mind of a teen living with Tourette's. The ending, neatly tied up in a bow, seems far-fetched, but readers will root for Dylan nonetheless and would not want to see it end any other way. If they can get past the challenging language, they will be rewarded with a relatable character who has many of the same problems they do.-Tammy Turner, Centennial High School, Frisco, TX (c) Copyright 2014. Library Journals LLC, a wholly owned subsidiary of Media Source, Inc. No redistribution permitted.

This oddly charming British import follows Dylan Mint, a 16-year-old with Tourette's, as he tries to complete his list of Cool Things to Do before I Cack It. Dylan's alter ego, Mr. Dog the snarling, snapping, swearing beast that erupts under stress is leashed by medication and brain-gym exercises, but Dylan still suffers physical and verbal tics, including obscene outbursts. After a doctor's exam, Dylan overhears a conversation about how soon life as he knows it will come to an abrupt end, and he believes he is going to die. Perceptive readers will see how Dylan has misunderstood the comment, and yet still enjoy his efforts to find his autistic best friend a replacement bestie, have sex with the hot girl with oppositional defiant disorder from his school, and get his military father home from Afghanistan. Dylan's habitual use of Cockney slang may make for a tough reading experiencing for American teenagers, but Dylan is smart and caring, and beneath his realistically portrayed condition, he is a normal teenager with relatable concerns. As Dylan would say, this one is A-mayonnaise-ing. --Hutley, Krista Copyright 2010 Booklist

Dylan Mint has Tourette's syndrome, and things go from bad to worse when he becomes convinced he's going to die. He winnows his bucket list down to three things: get laid, find a new friend for best friend Amir, and bring Dad back from the war. Plot is minimal (and slow), but the narrative voice is engaging and the issues raised are important. (c) Copyright 2014. The Horn Book, Inc., a wholly owned subsidiary of Media Source, Inc. No redistribution permitted.
More book reviews at iDreamBooks.com