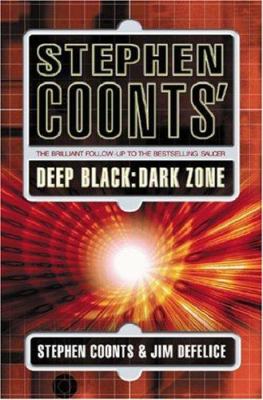 The mission seems routine: go to London, meet someone in a park, obtain a list of computers that are being used secretly by terrorists to pass messages. But just as Deep Black operatives Charlie Dean and Tommy Karr are about to meet their contact, a sniper guns the stranger down. DeFrancesca, a sexy ass-kicking woman and Dean's only weakness, gets called in to help. The investigation kicks into high gear when the murder is found to be connected to the disappearance of a French atomic warhead built in the 1960s. Soon it becomes apparent that what was thought to be an elaborate plan by terrorists to blow up the Eiffel Tower is only a diversionary plan for the real target: the Channel Tunnel. A nuclear warhead going off in the tunnel will create an earthquake, triggering a tsunami powerful enough to wipe out the coasts of France and England, killing hundreds of thousands. This is Deep Black's most dangerous mission yet. It will require all their talents and all their teamwork to make sure that things go right and that justice is served.

Deep Black, a super-secret subagency within the National Security Agency (and a figment of Coonts' and DeFelice's imaginations), is intended to give NSA some field capabilities. Operatives Charlie Dean and Tommy Karr appear in the process of rescuing an ambassador's daughter and are soon on the trail of an Algerian terrorist who possesses extensive knowledge of France, some sophisticated chemical explosives, and the plutonium from a miniature A-bomb. In the wake of an ordeal of her own in Korea, colleague Lia de Francesca soon joins Charlie and Tommy, while their boss, Reubens, fends off legal challenges that could endanger Deep Black's security. The suspense, action, knowledge of weapons and methods, and characterization are all up to par and frequently better, and the opposing sides are fairly well matched. The outcome remains uncertain right up to the final death duels on the Eiffel Tower and in the Chunnel, and for once a reasonably balanced depiction of the French is given to the often Francophobic thriller audience. --Roland Green Copyright 2004 Booklist
More book reviews at iDreamBooks.com