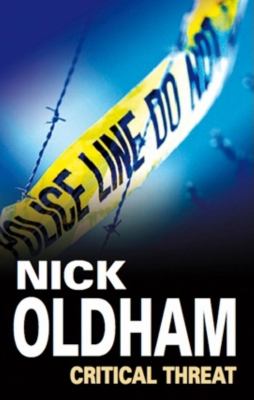 Genre/Form: Detective and mystery stories.DDC classification: 823.914 Summary: DCI Henry Christie investigates the murder of an ex-cop and stumbles onto a plot to assassinate the American Secretary of State, plunging him into the world of international terrorism.
Tags from this library: No tags from this library for this title. Log in to add tags.
Fiction notes: Click to open in new window

It started out as a kidnap, turned into a brutal murder and ended up as a plot to assassinate the American State Secretary . . . - DCI Henry Christie leaps at the chance to investigate the brutal killing of an ex-cop turned sleazy private eye. But as he investigates, Christie stumbles into a plot by Muslim extremists and finds himself plunged into the world of international terrorism . . .

DCI Henry Christie investigates the murder of an ex-cop and stumbles onto a plot to assassinate the American Secretary of State, plunging him into the world of international terrorism.

*Starred Review* Boozing womanizer, maverick, and smart-mouthed insubordinate is how DCI Henry Christie's bosses see him, but they have to admit he's a brilliant policeman. Right now, Henry's distinctly unhappy after being assigned to a desk job for failing to solve a murder six months earlier. But things start looking up when Deputy Chief Constable Angela Cranlow takes an interest in him. Warning bells go off in Henry's head she's a beautiful woman, he's a hot-blooded man but he's secretly pleased when Angela assigns him to find the killer of a sleazy ex-cop-turned-PI. Everyone else on the force is involved in security for the upcoming visit of U.S. Secretary of State Condoleezza Rice, so the case is Henry's by default, making him all the more determined to solve it to get back in his bosses' good books. Oldham, a real-life cop, writes gritty, authentic-feeling prose. Combine that with deviously twisted plotting, genuine suspense, and an engaging, emotionally complex character, and the result is a book and indeed a series that's a gripping, hugely entertaining success.--Melton, Emily Copyright 2007 Booklist
More book reviews at iDreamBooks.com