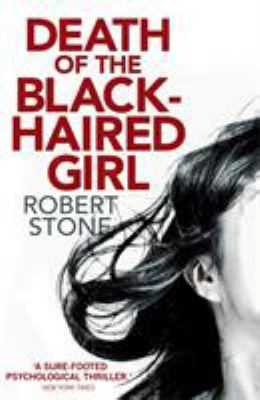 In an elite New England college, Professor Steven Brookman embarks upon a careless affair with a brilliant but reckless student, Maud Stack. She is a young woman whose passions are not easily contained or curtailed, and is known as something of a firebrand on campus.

As the stakes of their relationship prove higher than either one could have anticipated, their union seems destined to yield tragic and far-reaching consequences.

First published: New York, N.Y. : Houghton Mifflin Harcourt, 2013. -In an elite New England college, Professor Steven Brookman embarks upon a careless affair with a brilliant but reckless student, Maud Stack. She is a young woman whose passions are not easily contained or curtailed, and is known as something of a firebrand on campus. As the stakes of their relationship prove higher than either one could have anticipated, their union seems destined to yield tragic and far-reaching consequences.

In an elite New England college, Professor Steven Brookman embarks upon a careless affair with a brilliant but reckless student, Maud Stack. She is a young woman whose passions are not easily contained or curtailed, and is known as something of a firebrand on campus. As the stakes of their relationship prove higher than either one could have anticipated, their union seems destined to yield tragic and far-reaching consequences.

Steven Brookman is the quintessential college professor, married with children and enjoying the perks that accompany life on a college campus-including the illicit company of his female students. Maud Stack, his latest paramour, is brilliant, but she's also increasingly unstable and insistent that Brookman make a commitment to her. Maud is then killed suddenly in a hit-and-run-because of the affair, or because of her inflammatory articles in the school paper? Soon, Maud's estranged father, retired cop Eddie Stack, begins working the case of his daughter's murder. Stone's (Dog Soldiers) latest begins slowly and is bogged down by hyperbolic language, though the latter could have been a device designed to match the pretentious Maud. After her death, the story becomes a police procedural told in plain language. Eddie's story is interesting and propels the plot forward. The audio performance is average; David Colacci's performance of Maud and other female characters is lacking, though the narration is slightly better when the story shifts to Eddie and his quest for justice. Verdict Previous fans of Stone's and fans of similar stories by John Sandford and Steve Martini may enjoy this. ["This novel is readable, tense, and stimulating. Vivid scenes with razor-sharp dialog are plentiful; a powerful work," read the starred review of the Houghton Harcourt hc, LJ 9/1/13.]-Nicole A. Cooke, Univ. of Illinois, Urbana-Champaign (c) Copyright 2015. Library Journals LLC, a wholly owned subsidiary of Media Source, Inc. No redistribution permitted.

In Stone's novel, set in a New England college town, brilliant, beautiful and raven-haired student Maud Stack, after having been told by professor Steven Brookman that their affair was history, wanders carelessly and fatally into the path of an oncoming car. Was it an accident, a suicide, or something darker? Colacci's handling of the characters is spot on from the start. He adds a subtle touch of passivity to Brookman's speech, while Maud's father is gruff and wheezy, as might be expected of an aging, fatally ill ex-cop from New York City. But there's more to Colacci's interpretation; he perfectly captures the mournful moan of a father's sorrow and the growl of a man on a deadly mission. Other characters are rendered with similar care, including Maud, whose initial ebullience quickly turns to petulance and edgy anger after Brookman's rejection. A Houghton Mifflin Harcourt hardcover. (Nov.) (c) Copyright PWxyz, LLC. All rights reserved.

*Starred Review* Set on campus, Stone's novel features Maud, smart, beautiful, and full of passion for her convictions and her married professor. Professor Brookman, in turn, has ill-advisedly returned her affections. Unsure if it's love or obsession, Brookman is already aware that this affair will not end well. Maud, after passing antiabortion demonstrators outside a women's clinic, rashly writes a diatribe against small-mindedness and hypocrisy for the Gazette, unleashing much fury among groups on campus and elsewhere. And when the tragic, sudden, and inevitable death of the black-haired girl does finally strike, it is shocking. Although Stone (Dog Soldiers, 1974; Damascus Gate, 1998) introduces a cast of menacing and motivated characters, he is interested less in whodunit than in questions of fate and of faith. Old stuff comes back, he writes. Poor judgment and reckless acts have consequences, not just for the lovers but also for those in their orbit, among them, Maud's dad, a retired cop dying of emphysema; her roommate, a B-movie actress with a restraining order on her fanatical ex-husband; Brookman's wife and daughter; and Maud's student counselor, an ex-nun and former revolutionary. Stone's world, full of ominous forebodings, is populated by characters familiar to readers of his novels: the disaffected, the politically naive, and the world weary lost souls who have lost their faith and others with false faith. High-Demand Backstory: The publication of any book by Stone is a literary event; this one is no exception.--Segedin, Ben Copyright 2010 Booklist

The death of a star student at an upper-crust university unsettles friends, faculty and family in a piercing novel from veteran novelist Stone (Fun With Problems, 2010, etc.). Stone's eighth novel introduces student Maud Stack as a privileged young woman enveloped by a cloud of danger and collapse. The manicured, Ivy-ish campus is rife with halfway-house residents, mentally ill homeless people and addicts--that last group a class that includes plenty of students, too. Maud has her own issues with drinking, but her biggest problems are the ongoing affair she's pursued with Steven, a married professor, and a column she's written for the campus paper mocking anti-abortion protesters at a nearby hospital. Just as Maud's writing grabs attention and her relationship with Steven falls apart, she's killed in a car accident. The novel isn't halfway done by then, and what follows isn't an easy morality play about abortion rhetoric or teacher-student relationships. Rather, Stone pursues a close study of how Maud's death has undone many of the certainties of those around her. The incident drives her father back to drinking and pondering past corruptions. An adviser recalls her own history as a protester and reconsiders her faith. And Steven, who was arguing with a drunken Maud before her death, reckons with his own complicity. Stone gives this story the rough shape of a police procedural--Steven is the main person of interest--which gives the prose some snap and avoids sodden, moralizing lectures. What emerges from Stone's crisp storytelling is a critique of tribalism of all sorts--religious, academic, police--that doesn't damn those institutions but reveals how they work to protect their own interests at the expense of those of others. An unusual but poised mix of noir and town-and-gown novel, bolstered by Stone's well-honed observational skills.]] Copyright Kirkus Reviews, used with permission.
More book reviews at iDreamBooks.com