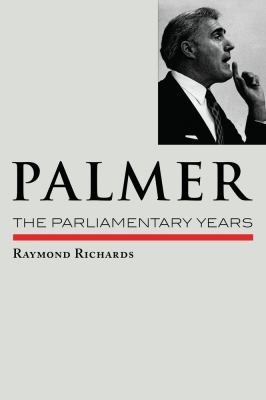 Young Geoff Palmer from Nelson, son of a crusading newspaper editor, was a serious and purposeful child who latched onto the idea of being a lawyer when it was put to him by his well-read mother. He absorbed progressive ideas at the University of Chicago law school and planned to use legal means to effect social reform when he entered parliament in 1979. In 1984 Palmer became deputy prime minister in the radical fourth Labour government, his organisational and diplomatic skills a good foil for David Lange's disordered brilliance. Through hard work and high intelligence, he compiled a record of reform unmatched in this country's history, concerning parliamentary procedures, the voting system, the environment, longstanding Maori grievances, the Bill of Rights, economic reform and many other matters, big and small. He also shaped the legislative programme of the most reforming government in New Zealand's history. After five turbulent years Lange resigned, and Palmer became New Zealand's 33rd prime minister. His government made major and controversial decisions, but Palmer stepped down after only 13 months, following a challenge from within his own party. Written for a wide audience, Palmer: The parliamentary years is the product of research involving more than 200 linear metres of archives, as well as interviews with Palmer, his family and associates, some now deceased. It is a fascinating warts-and-all account of the political career of one of New Zealand's brightest sons.