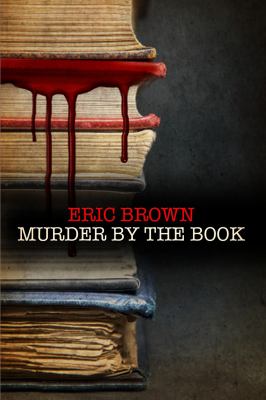 London, 1955. When crime writer Donald Langham's literary agent asks for his help in sorting out 'a delicate matter', little does Langham realize what he's getting himself into. For a nasty case of blackmail leads inexorably to murder as London's literary establishment is rocked by a series of increasingly bizarre deaths. With three members of the London Crime Writers' Association coming to sudden and violent ends, what at first appeared to be a series of suicides looks suspiciously like murder - and there seems to be something horribly familiar about the various methods of dispatch.

With the help of his literary agent's assistant, the delectable Maria Dupre, Langham finds himself drawing on the skills of his fictional detective hero as he hunts a ruthless and fiendishly clever killer - a killer with old scores to settle.

SF author Brown (Homeworld) does a good job depicting the changing social world of 1955 London in his well-paced first mystery. Literary agent Charles Elder asks an old friend and client, mystery writer Donald Langham, to help him with a delicate personal matter. Kenneth, "a charming scallywag" with whom Charles has become intimate at the Hackney swimming baths, is now trying to blackmail him with incriminating photographs of the pair in flagrante delicto. Don, whose contact at an investigative agency could assist in the case, teams with Charles's glamorous associate, Maria Dupre, to try to retrieve the photos. Meanwhile, a number of Don's fellow writers are meeting untimely ends. Maria lacks the well-roundedness of the main characters, but her high spirits nicely compliment Don's somewhat-dour nature. Readers will hope a sequel is in the works. Agent: John Jarrold, John Jarrold Literary Agency (U.K.). (Aug.) (c) Copyright PWxyz, LLC. All rights reserved.

When dangers threaten London's community of mystery writers, one of their own is forced to investigate. Mystery author and reviewer Donald Langham's literary agent, Charles Elder, is being blackmailed over an unspeakable secret--well, unspeakable in 1955 London--and Donald is determined to help him. Though he doesn't offer his aid in order to get closer to Charles' assistant, Maria Dupr, that would in fact be quite an incentive for Donald, who is far too British to mention his interest in getting to know Maria better on his own account. Donald hopes that his experience working years ago for Ralph Ryland's investigative agency will assist him in catching the blackmailer red-handed, and Maria and Charles serve as assistants to this plot and as comic relief, at least until Charles becomes seriously injured. His poor prognosis spurs Donald to work even harder in his investigation, though his progress is slowed by the deaths of several of his colleagues in the mystery circle. When Maria begins to suspect foul play and worry about what may happen to Donald, the author is forced to face the possibility that he may share Charles' fate if he cannot solve the case. Charming characters and a consistently entertaining tone mark this crime debut from sci-fi veteran Brown (Kthani, 2008, etc.).]] Copyright Kirkus Reviews, used with permission.
More book reviews at iDreamBooks.com