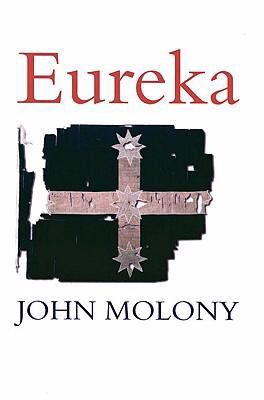 | Ballarat (Vic.) -- HistoryDDC classification: 994.57031
Contents:
Bought at a Price -- The Actors Assemble -- A Change of Governors -- First Death at Eureka -- From Camp to Garrison -- The Harassment of Hotham -- Bakery Hill -- Last Words -- The Monster Meeting -- The End of an Era -- Stockade -- Night of a Young Moon -- A Flag Unfurled -- High Treason -- The Making of a Legend.
Tags from this library: No tags from this library for this title. Log in to add tags.

Before dawn on 3 December 1854, colonial troopers at Ballarat attacked a group of gold miners who had thrown up a stockade in defiance and defence. Some diggers had guns, but many were unarmed; some twenty of them were killed, along with four troopers.

In the decades that followed, the truth of what happened that morning became obscured by partisans on both sides. For many years the Eureka Stockade was regarded as a shameful event and almost forgotten; more recently, it has been celebrated as a righteous stand against injustice.

John Molony's Eureka vividly recreates the story of Eureka and unravels the myths that have come to surround it.

This new edition of Molony's classic work, now beautifully illustrated with historic Eureka images, will be welcomed by everyone with an interest in the history of Australian democracy.