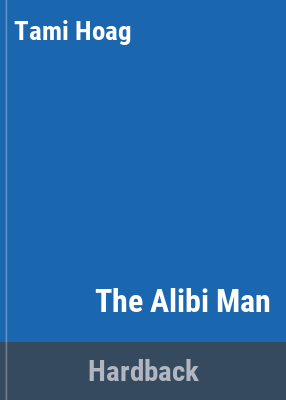 BookSeries: Elena Estes: 2.Publisher: Leicester Charnwood 2007Description: 419 pages 24cm.Content type: text Media type: unmediated Carrier type: volumeISBN: 9781846179228.Subject(s): Women private investigators -- Florida -- Miami -- FictionGenre/Form: Detective and mystery fiction.DDC classification: Large print
Contents:
Elena was once a child of wealth and privilege in Palm Beach until she was betrayed and disillusioned by those closest to her. She became an undercover cop until a tragic mistake ended her career, now she trains horses for a living. After finding the body of a friend is determined to find the truth, that will shock Palm Beach society to its core, and could very well get her killed.
Tags from this library: No tags from this library for this title. Log in to add tags.
Fiction notes: Click to open in new window

A group of wealthy, well-connected men in Palm Beach form the Alibi Club to give each other unimpeachable explanations should trouble call. But when one of them needs to distance himself from a murder, the stakes are raised. PI Elena Estes is wary about taking the case - especially when she hears the suspect is from a dark part of her past.

First published in Great Britain in 2007 by Orion, an imprint of the Orion Publishing Group Ltd., London

Elena was once a child of wealth and privilege in Palm Beach until she was betrayed and disillusioned by those closest to her. She became an undercover cop until a tragic mistake ended her career, now she trains horses for a living. After finding the body of a friend is determined to find the truth, that will shock Palm Beach society to its core, and could very well get her killed.

Former narcotics detective Elena Estes just wants to be left alone, but when a colleague is murdered, her hunt for the killer leads her straight back to the smarmy Palm Beach crowd she abandoned long ago. (c) Copyright 2010. Library Journals LLC, a wholly owned subsidiary of Media Source, Inc. No redistribution permitted.

Last seen in bestseller Hoag's Dark Horse, Elena Estes, a former undercover cop turned PI, is devastated at the start of this captivating thriller when she realizes a body she finds in a south Florida canal is that of her friend Irina Markova, a beautiful groom with whom she once worked at a horse stable. Assisted by ex-lover Det. James Landry, the tough-as-nails Elena immerses herself in Irina's murder investigation. One of the suspects happens to be Bennett Walker, the ex-fiance Elena hasn't seen in 20 years, who was previously tried and acquitted of rape and attempted murder despite her testimony against him. The suspense builds when Elena learns that Bennett is a member of the Alibi Club, a group of wealthy Palm Beach "bad boys" who cover for each other when trouble befalls them. Elena believes she can trust no one, especially after Russian mobster Alexi Kulak insists that Elena help him unearth Irina's killer. Elena, who eschewed her elitist Palm Beach family to preserve her integrity, is a heroine readers will want to see more of. (Mar. 27) (c) Copyright PWxyz, LLC. All rights reserved

Elena Estes, former policewoman, former member of the elite of Palm Beach, Florida, is thrust back into both aspects of her former life when she discovers a woman's body in a canal. Physically healed from the wounds she sustained while working on a meth-lab bust, she has yet to recover emotionally from causing another officer's death and has been living and working at her best friend's horse farm. When she realizes that the victim is the farm's beautiful, vibrant young groom Irina, Elena is determined to bring her justice no matter what. Her search leads to the creme de la creme of Palm Beach society and the powerbrokers who hang out at the tony polo fields, including her ex-fiance, who, Elena knows, is capable of committing the crime. Hoag revisits her tragically flawed and reluctant protagonist from Dark Horse 0 (2002) in a superbly taut thriller. Written in a staccato style that will have readers racing through the pages, Hoag conducts a whirlwind tour of the high-flying world of the superrich and its tawdry underbelly that will leave readers breathless and satisfied. --Patty Engelmann Copyright 2007 Booklist
More book reviews at iDreamBooks.com