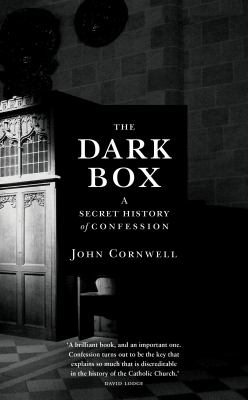 The dark box : a secret history of confession / John Cornwell.

Would you tell your deepest secrets to a relative stranger? And if you did, would you feel vulnerable? Cleansed? Or perhaps even worse than you did before? Confession has always performed a complex role in society, always created mixed feelings in its practitioners. As an acknowledgement of sinfulness, it can provide immense psychological relief; but while aiming to replace remorse with innocence, its history has become inextricably intertwined with eroticism and shame.The Dark Box is an erudite and personal history; Cornwell draws on his own memories of Catholic boyhood, and weaves it with the story of confession from its origins in the early church to the current day, where its enduring psychological potency is evidenced by everything from the Vatican's 'confession app' to Oprah Winfrey's talk shows. Since the 16th century, seclusion of two individuals in the intimate 'dark box', often discussing sexual actions and thoughts, has eroticised the experience of confession. When, in 1905, Pius X made confession a weekly, rather than yearly ritual, the horrific cases of child abuse which have haunted the Catholic church in the twentieth century became possible.