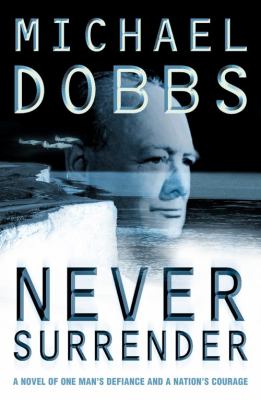 Winston Churchill embarks on a battle of wills with Adolf Hitler in the run-up to Dunkirk. The compelling new historical novel from the acclaimed author of Winston's War. 10 May 1940. In the early hours Hitler launches his attack on France, Holland and Belgium. The Phoney War is at an end. In four weeks, Hitler will win the most devastating series of victories in the history of modern warfare that will make him master of Europe. A few hours after Hitler's attack begins, Winston Churchill becomes Prime Minister of a beleaguered, confused and dispirited Britain. He is surrounded by intrigue and mistrusted by his colleagues, who within days will plot to throw him out of office. He is also about to suffer the most humiliating military setback at Dunkirk that brings Britain within hours of defeat and surrender. This is the story of those four crucial weeks in which Winston Churchill and Adolf Hitler were pitted against each other, man to man, mind to mind, in a confrontation that both came to regard as a personal battle of wills. Their clash began immediately, on 10 May, when Churchill sent a letter to the old German Kaiser, Wilhelm II. It continued as first Holland and then Belgium sur

Veteran British novelist Dobbs (Winston?s War), who served as an adviser under Prime Ministers Margaret Thatcher and John Major, here follows Winston Churchill through the chaotic Dunkirk days and deeper into WWII, smartly relying on auxiliary plotlines to add detail to the larger-than-life Churchill saga. Among the secondaries, the German emigre historian Ruth Mueller is a Hitler biographer and detractor who plays Churchill?s moral compass and confidante. Ironically, Ruth draws the personal parallels between Churchill and his nemesis Hitler. The CBS radio broadcasts of the blunt William L. Shirer, who assesses both men, air from wartime Berlin. Further off, Donald Chichester, a young British orderly in France, lives down his father?s stinging rebuke over his unwillingness to fight with arms, while closer in, U.S. Ambassador Joseph Kennedy emerges as an opportunistic, backstabbing cad who self-destructs by the novel?s end. To Dobbs? credit, Churchill?s character flaws, particularly his drinking and fits of depression, are portrayed alongside his heroics, climaxed by his rousing "never surrender" speech subsequent to the Dunkirk evacuation. Dobbs? infuses dramatic tension, inventive plots, and heady pacing in the narration of a British icon?s noblest hours. (Sept.) Copyright 2007 Reed Business Information.

Dobbs, a noted writer of historical novels with a political slant, takes us so far inside the mind of Winston Churchill that we feel as though we actually are him, at least for a while. The novel takes place during roughly three weeks in the early 1940s, during Adolf Hitler's European push that ended in the invasion of France, Holland, and Belgium, and in the humiliation of Britain. Churchill, a man whose outward self-confidence masks a near-crippling inner sense of inferiority and self-doubt, struggles to lead a country that doesn't want him as its leader and to navigate the tricky political waters and find some way to save his homeland from total destruction. This is a powerful novel, with a somewhat revisionist portrayal of Churchill that makes him seem more real, more like an ordinary person, than he's ever appeared in print. It is probably hyperbole to say that the novel teaches us more about Churchill the man (as opposed to the political icon) than any biography could, but it's not hyperbole by all that much.--Pitt, David Copyright 2007 Booklist
More book reviews at iDreamBooks.com