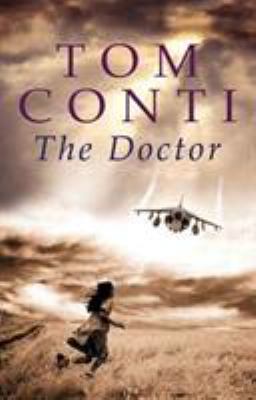 'That was it. A coup de foudre. I'd heard of it, but never believed in it. I had to get out of there. That wasn't in the plan...' Nothing is what it seems in Tom Conti's passionate and exciting story of love, duplicity and retribution. Haunted by his past as a Secret Operations Pilot with the Intelligence Services, and in an attempt to shake off the ever-present shadow of his Controller, Hal flees England and the bed of the tempestuous Francesca for a new life in Africa. But there, as a pilot with the flying doctor service working in the wild, love and death precipitate him once again into a life of deception and danger. Adopting a new identity and returning home, he quickly discovers that the past is not easily shed, that fear and the unexpected lurk at every turn. Then a moral gun is put to his head, and he is forced to choose between his freedom and the death of another man. 'The Doctor' is actor Tom Conti's debut novel. Sexy, thrilling, often intensely moving, the detail and imaginative twists of his plot are handled with masterly skill. It is compelling.

In his fiction debut, Tony Award-winning British actor Conti (Whose Life Is It Anyway?) narrates the adventures of Hal Sinclair, a man seeking to atone for his violent past as a pilot for the British Intelligence Service. Meeting the beautiful and much younger Francesca Trestrai in Cambridge in the mid-1960s, he begins a passionate affair with her only to flee to Africa to escape from his controller. Hal takes a job as a pilot for a flying doctor service in Kenya, and Francesca tags along. When his favorite doctor, John Koston, is killed in an accident, Hal decides to fake his own death, assume Koston's identity, abandon Francesca, and return to England, where he begins a decade-long study of medicine. But neither Francesca nor his past as a Special Ops pilot can be easily forgotten. Narrated in a witty, highly distinctive voice, this intriguing mix of sexual antics, dangerous flying, and medical escapades is recommended for most public libraries.-Ronnie H. Terpening, Univ. of Arizona, Tucson (c) Copyright 2010. Library Journals LLC, a wholly owned subsidiary of Media Source, Inc. No redistribution permitted.
More book reviews at iDreamBooks.com