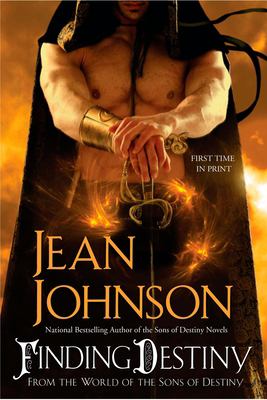 'The Slave': Chanson, a privileged Arbran dyara, discovers an unexpected connection with the excitingly different Eduor, a bracingly sexy war-slave. 'The Knight': the Arbran diplomat Sir Zeilas must turn the Guildaran people from former enemies into allies - and it will take all his powers of seduction to do so.'The Mage': Gabria never expected to become a Guildarian envoy to Aurul. But the most stunning surprise was what waited for her in His Majesty's winter palace. 'The Pirate': Captain Ellet falls for the seductive powers of a beautiful pirate captain.

Four novellas set in the bewitching world of danger, passion and providence. Sexy war-slaves, intimate enemies, seductive pirates-- but what binds them together could also destroy them...

Four interconnected novellas, each named after a place, create a captivating fantasy world in this work by Johnson (Sons of Destiny). Although haunted by his abusive past, former war slave Eduor is relishing his freedom in "Sundara" and learning to trust again, thanks to a beguiling dyara (a magical watercaller) called Chanson. On a mission of peace to "Guildara," Araban Ambassador Sir Zelias becomes fascinated with their Chief Counsel, Marta, but between magical machines and a threat of war, falling in love may put both their careers at risk. Upon being sent to "Aurul," Gabria believed she was on a mission of unification, but after a prophecy and a marriage, she discovers a different means of unification. Travelling to the "Jenodan Islands," Captain Ellet investigates the current rash of pirate attacks on Aurulan ships. When confronted by the entrancing Captain Mita, he learns that vengeance is more than simple looting, encompassing the desires of his heart. Thoroughly romantic and entertaining, fans of Johnson's "Sons of Destiny" series will not want to miss this enchanting side trip. (Jan.) © Copyright PWxyz, LLC. All rights reserved.
More book reviews at iDreamBooks.com