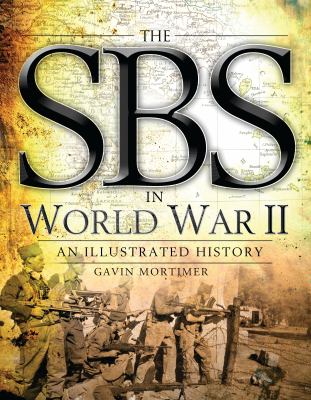 The Special Boat Squadron was Britain's most exclusive Special Forces unit during World War II. Highly trained, totally secretive and utterly ruthless, the SBS was established as an entity in its own right in early 1943, having previously operated under the auspices of the SAS during the war in North Africa. Unlike its sister unit, which numbered more than 1,000 men, the SBS never comprised more than 100. Led by men such as the famed Victoria Cross recipient Anders Lassen, the SBS went from island to island in the Mediterranean, landing in the dead of night in small fishing boats and launching savage hit and run raids on the Germans. By the end of the war they had served in Italy, the Balkans and mainland Greece, and following the cessation of hostilities their deeds were airbrushed out of history by an establishment that had never warmed to their piratical exploits. Through unrivalled access to the SBS archives and interviews with the surviving members of the unit, Gavin Mortimer has pieced together the dramatic exploits of this elite fighting force, fully illustrated with images of their daring actions, finally granting the unit the recognition they so richly deserved.

Subtitle on cover: An illustrated history.