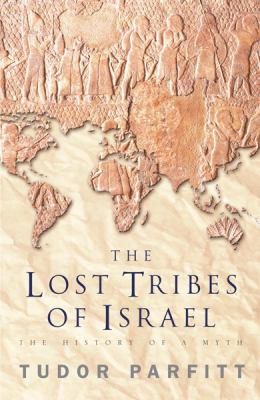 The lost tribes of Israel : the history of a myth / Tudor Parfitt.

The quest for the Lost Tribes of Israel, like the quest for the Holy Grail, is one of the enduring motifs underlying Western views of the wider world. It has spawned legends that have been used to explain the origin of myriad people around the globe, from ancient times until the present. Each tribe of Israel claimed descent from one of the twelve sons of Jacob, and the land of Israel was eventually divided up between them. The tribes disappeared from history centuries before Christ, but the Bible foretold that one day they would be reunited in the final redemption of the people of Israel. Their subsequent history became a tapestry of hearsay, and the belief persisted that they had been "lost" in some remote part of the world. In his new book, Tudor Parfitt travels the world to trace the history of this compelling myth. Tudor Parfitt is the author of Operation Moses and Journey to a Vanished City.

One of the "enduring motifs underlying Western views of the wider world" gets a scholarly assessment, thanks to British journalist Parfitt. The myth of the Lost Tribes of Israel has its origins deep in Jewish antiquity, writes Parfitt: the restructuring of the tribes of the "twelve sons of Jacob" and the division of Israel into the northern and southern kingdoms, followed by the Assyrian invasions of 732 and 721 b.c. and, two centuries later, the removal of much of the southern kingdom to exile in Babylon and eventual assimilation into the Assyrian population. "This is the point," Parfitt writes, "at which the history of the Lost Tribes of Israel stops and the history of the myth of the Lost Tribes starts." The psalmists' laments for lost cousins gave way in time to reports by Jewish travelers, filed from such places as Yemen and Tunisia, with secondhand sightings of Hebrew speakers living far from their brethren; one such report, from the ninth century, promises that the children of the lost tribes "never die in the lifetime of their parents," while the adults are "warlike, Spartan in their habits, and wealthy." This comforting view gave way to a modification of the myth in Christian hands, whereby the lost tribes were now the savages that European travelers encountered along their way; Torquemada, for instance, explained the great temples of Mesoamerica as structures modeled on the altars of Jerusalem, while Diego Durán was certain that the Aztecs had to be Jews, considering their "rites and superstitions, their omens and false dealings." This strange Other was further transformed in the 19th century, when Joseph Smith founded Mormonism on the notion that the lost tribes had somehow got to America. The myth continues to be modified today, Parfitt writes, as the descendants of converts to Judaism turn up in places like Myanmar and Ethiopia. A passable study of biblical history and comparative mythology. Copyright ©Kirkus Reviews, used with permission.
More book reviews at iDreamBooks.com