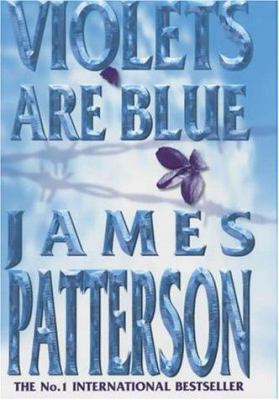 | Serial murders -- United States -- FictionGenre/Form: Thrillers (Fiction)DDC classification: 813.54 Subject: Alex is drawn in to his most bizarre investigation yet. Two San Francisco joggers are found dead - bitten and hung by their feet to drain the blood from their bodies. Further murders in California, and then on the East Coast as well, completely baffle Alex and the FBI. Is this the work of a cult, of role players, or even of modernday vampires? Desperate to stop the deaths, Alex teams up with Jamilla Hughes, a savvy woman detective from San Francisco, and the FBI's Kyle Craig.
Tags from this library: No tags from this library for this title. Log in to add tags.
Fiction notes: Click to open in new window

The mastermind of ROSES ARE RED is back - and he's hot on Alex Cross's trail. Meanwhile, Alex is drawn in to his most bizarre investigation yet. Two San Francisco joggers are found dead - bitten and hung by their feet to drain the blood from their bodies. Further murders in California, and then on the East Coast as well, completely baffle Alex and the FBI. Is this the work of a cult, of role players, or even of modern-day vampires? Desperate to stop the deaths, Alex teams up with Jamilla Hughes, a savvy woman detective from San Francisco, and the FBI's Kyle Craig. The result is two fantastic mysteries in one non-stop thriller that will have readers furiously turning the pages all over the world.

Alex is drawn in to his most bizarre investigation yet. Two San Francisco joggers are found dead - bitten and hung by their feet to drain the blood from their bodies. Further murders in California, and then on the East Coast as well, completely baffle Alex and the FBI. Is this the work of a cult, of role players, or even of modernday vampires? Desperate to stop the deaths, Alex teams up with Jamilla Hughes, a savvy woman detective from San Francisco, and the FBI's Kyle Craig.

After experimenting with the love-story genre in Suzanne's Diary for Nicholas (LJ 7/01), Patterson picks up where he left off in Roses Are Red (LJ 10/1/00) Dr. Alex Cross's girlfriend is dead, and maniacal murderer Mastermind is taunting him with daily cell phone calls. Still working with FBI operative Kyle Craig, Alex is called to California to investigate a series of grisly murders seemingly committed by vampires who drain the victims of blood and then hang the bodies upside down. The case takes on national importance as similar murders are discovered in Las Vegas, Washington, DC, and Charleston, SC. The case requires Alex to travel for weeks on end, taking him away from his children and reliable DC police partner John Sampson and leading him to wonder whether the job is worth it (the shocker of an ending decides that for him). As usual, Patterson moves at breakneck speed in short chapters, which disguises the plot's thinness. Patterson's many fans won't care, however. Recommended for public library thriller collections. [Previewed in Prepub Alert, LJ 6/15/01.] Rebecca House Stankowski, Purdue Univ. Calumet Lib., Hammond, IN (c) Copyright 2010. Library Journals LLC, a wholly owned subsidiary of Media Source, Inc. No redistribution permitted.

Washington, D.C., police detective Alex Cross returns for another visit (after Roses Are Red) to the top of the lists and for two new cases of disparate quality. The first, which dominates the narrative, takes place within America's vampire underground and is as exciting as anything Patterson has written; the second, in which Cross at last defeats the nemesis known as "the Mastermind," feels tacked on only to knot loose ends. In San Francisco, two joggers are slain, seemingly by both tiger and human teeth, and their blood drained; then an upscale couple is killed similarly in Marin County deaths suggestive of an earlier Cross case, prompting the detective's old pal Kyle Craig of the FBI to ask for his help. Craig's plea plunges Cross not only into a fetishistic netherworld in which thousands play at being vampires and a handful actually do kill for blood, but into personal turbulence as he alienates his family by his dedication to work, and as his always troubled love life takes further dips and flights, the latter in the company of SFPD Insp. Jamilla Hughes, who joins him on the cases. We know the good guys' immediate quarry, but they don't: two golden young men, brothers and self-styled vampires, with a pet tiger at their side. But who is the Sire, their ultimate leader? Meanwhile, the Mastermind, a brilliant homicidal maniac, plagues Cross with threatening phone calls. Most readers probably won't finger the Sire, but anyone who can't name the Mastermind long before Patterson reveals his identity must be reading this book backwards. The action reels around the country, from D.C. to California to Las Vegas to North Carolina, and readers will be swept away by it and by Patterson's expert mixing of Cross's professional and personal challenges. The narrative split between the two cases, vampiric and Mastermind, jars but not enough to seriously mar fans' pleasure, and the two cases will probably mesh more elegantly in the inevitable movie to come. (Nov. 19) Forecast: Is there a writer hotter than Patterson? A 10-city author tour, the forthcoming TV miniseries of his First to Die, and the simultaneous AudioBooks (unabridged and abridged, tape and CD) of Violets Are Blue will only increase the heat. (c) Copyright PWxyz, LLC. All rights reserved

Patterson's fans have been waiting a year for this one, since the heart-stopping conclusion of the last Alex Cross outing, Roses Are Red (2000), which revealed the identity of Cross' new foe, the Mastermind. The Mastermind is still plaguing him, but he becomes distracted when FBI liaison Kyle Craig calls him in on another case. A new set of killers is on the rampage, viciously attacking their victims and drinking their blood. These vampirelike killings lead Cross to San Francisco, where he partners with detective Jamilla Hughes. Cross interviews people associated with the vampire cults, some of whom actually believe they are vampires. The killers lead Cross and Hughes on a cross-country chase, striking seemingly at random. Cross believes that he may have found a pattern to the murders when he discovers that the killings are taking place in cities at the same time two magicians, David and Charles, are performing. In the meantime, the Mastermind is closing in on Cross, leading to the showdown fans have been waiting for. Patterson has set up a difficult task for himself: to create a confrontation that will be as gratifying as fans expect after the revelation of the Mastermind's identity at the end of Roses Are Red. Though the novel doesn't pack as much punch as it should, since the vampire murders, not the Mastermind, take up the majority of the book, Patterson still manages to come up with a satisfying ending, leaving readers to wonder what is next for Cross. --Kristine Huntley

Only a writer of Patterson's star-wattage could have hoodwinked his publisher into bringing out this unlovely mess, which pits forensic psychologist Alex Cross against two separate serial killers. It begins with the slaughter of still another of Cross's professional and romantic partners, FBI agent Betsey Cavalierre, by Cross's old nemesis, the Mastermind (Roses Are Red, 2000), who instantly phones to taunt his adversary. With still another partner dead, how can Cross go on? But he has to, immediately, because another killer is on the loose-actually, a pair of killers, William and Michael Alexander, teenaged vampires whose murder of two army officers in Golden Gate Park is just a warmup for the carnage to come. As the Mastermind keeps trying to get Cross's attention by threatening his adorable kids, his grandmother, and everyone else he's ever known, Patterson, apparently eager to escape the constraints of the low body count in the soapy Suzanne's Diary for Nicholas (p. 694), unleashes the hounds of hell. Under the direction of their dread Sire, the exultant Alexander brothers ("We're immortal! We'll never die!"), leave a trail of gory victims in Las Vegas, Savannah, New Orleans, and Baton Rouge before returning to Santa Cruz for a climactic sequence that finally unmasks the ho-hum Sire. The moment the vampire chronicles end, Cross, without missing a beat, turns to that other serial killer, and soon, courtesy of one of his famous profiler's hunches, has the Mastermind in his sights. Can he hunt down his enemy before the Mastermind exacts a terrible vengeance against somebody else-say, beauteous Jamilla Hughes of San Francisco Homicide-whose death would reduce Cross to babbling despair? The grade-school characterizations of everyone from cops to victims to cackling psychos guarantee that you won't care a bit. A real test for Patterson's huge audience: If they buy this, they'll buy anything. Author tour
More book reviews at iDreamBooks.com