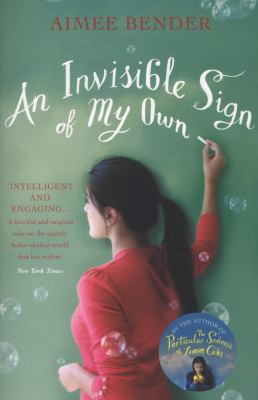 | Primary school teachers -- FictionGenre/Form: Psychological fiction. | Romance fiction. | General fiction.
Contents:
Originally published: London: Review, 2000.
Originally published: London: Review, 2000. -Mona Gray, a second grade math teacher, knocks on wood, adds her steps, and multiplies people in the park against one another. But while she maintains this precarious equilibrium in her strange, tidy universe, seven-year-old Lisa intrudes with her pain and turmoil. To help her, Mona must reconnect with the world she has been afraid of for so long.
Summary: Mona Gray, the second-grade math teacher who has always specialized in quitting, has such a love for numbers and their effect on her life, and then a new science teacher threatens her strange and tidy universe with love, the supreme disorder.
Tags from this library: No tags from this library for this title. Log in to add tags.

When Mona Gray is ten, her father contracts a mysterious illness. His gradual withdrawal from everyday life marks a similar change in Mona, who removes herself from anything - or anyone - that might bring her happiness. Numbers provide a kind of solace, and help her make sense of the world: she counts words in her head, adds her steps, and multiplies people in the park against one another. As a maths teacher, Mona delights her pupils by encouraging them to find objects that take the form of numbers. But when seven-year-old Lisa appears with a zero that displays real turmoil, Mona knows that in order to help a person in pain, she needs to find a way to connect with the world she has been afraid of for so long.

An Invisible Sign of My Own is a story about children and adults, and how we protect ourselves from the things we fear the most. It is about superstition and logic and the big muddy area in between. Written with the same eloquence and flair that characterises The Particular Sadness of Lemon Cake , this novel marks the sign of a unique talent in contemporary fiction.

Originally published: London: Review, 2000. -Mona Gray, a second grade math teacher, knocks on wood, adds her steps, and multiplies people in the park against one another. But while she maintains this precarious equilibrium in her strange, tidy universe, seven-year-old Lisa intrudes with her pain and turmoil. To help her, Mona must reconnect with the world she has been afraid of for so long.

Mona Gray, the second-grade math teacher who has always specialized in quitting, has such a love for numbers and their effect on her life, and then a new science teacher threatens her strange and tidy universe with love, the supreme disorder.

Nineteen. That's how old Mona Gray is when she's offered a job as a second-grade math teacher in her small hometown. Fifty-one. Panicked Mona is convinced that this number, found on her parents' property, foretells her 50-year-old father's death on his next birthday. Seven. This is the shape of the ax Mona hangs within reach of the children in her classroom. Enter the charming, unnerving world of Bender's functionally damaged heroine. Ruled by her obsession with the meaning and comfort of numbers and her uncontrollable need to knock on wood, Mona takes her students on a mathematical adventure into their own hearts while trying to abandon her own by quitting the things she loves most (e.g., running, music). Mona's children are exquisitely rendered in their razor-sharp honesty, their unfiltered willingness to accept Mona and her weird ways, and their vulnerability, which leads relentlessly to tragedy. Filled with terrific wit and lovely helpings of life's tougher truths, Bender's fairy tale fulfills the promise of her highly regarded collection of short stories, The Girl in the Flammable Skirt. Highly recommended. [Previewed in Prepub Alert, LJ 3/1/00.]DBeth E. Anderson, Ann Arbor Dist. Lib., MI (c) Copyright 2010. Library Journals LLC, a wholly owned subsidiary of Media Source, Inc. No redistribution permitted.

Clever, original and written with brio and eloquence, Bender's first novel (after the praised short story collection The Girl with the Flammable Skirt) may not appeal to every taste, but those who respond to its depressed, quirky heroine in her anguished search for safety from life's disasters will feel instant love. At 20, Mona Gray has deliberately made herself as colorless as her name. A decade ago, when her adored father fell victim to a mysterious illness that has left him drained of energy, hope and desire for human contact, Mona too retreated from life and deliberately stopped aspiring for success or happiness. Having turned her back on achievement as a track star and on sharing love, Mona still nourishes one source of happiness: the world of mathematics. Numbers, being clear and immutable, are Mona's salvation, as well as her job. She teaches arithmetic to second graders, having invented a zany curriculum in which her students find numbers everywhere in the environment. Kids love Mona, although she constantly and compulsively knocks on wood to keep disaster at bay. Everyone else seems unaware of her emotional isolationÄbut everyone else in this novel is also pretty strange. Mr. Jones, Mona's former high school math teacher, wears numbers around his neck to indicate his daily mood. Mona wears "an invisible sign of my own'' that denotes her fear and vulnerability. Then awkward, unsociable science teacher Michael Smith, who shares Mona's morbid imagination, breaks through her emotional reserve. Meanwhile, she has developed a particular fondness for seven-year-old Lisa Venus, who is actually experiencing the real terror of loss and abandonment that Mona fears: her mother is dying of cancer. In a satisfying denouement in which Bender brings the narrative full circle with astonishing dexterity, Mona discovers how to connect and live fully, and helps Lisa to navigate her own way through a frightening world. Readers may find the narrative too schematic and the characters exceptionally odd. On the other hand, Bender writes like an angel, with images that strike resonant chords, and her sly humor pervades every page. And those who are initially put off by the bizarre fairy tale that opens the narrative will be touched almost to tears when it comes full circle. Author tour. (July) FYI: Bender is the sister of Karen Bender, author of Like Normal People (Forecasts, Feb. 21). (c) Copyright PWxyz, LLC. All rights reserved

At the center of Bender's first novel is Mona Gray, an anxious and unhappy 20-year-old in love with numbers and math. Mona lives in an unnamed town that has a utopian or fantasy feel about it. Without any qualifications, Mona acquires a teaching job. Mona's father's unnamed illness marks her teenage years, and as soon as Mona develops a talent for anything, she leaves and never looks back. Some things she cannot give up--for instance, her fascination for numbers becomes an obsession, along with her persistent need to knock on wood. Interacting with people outside of her family--her curious and eager students and the good-looking science teacher--helps Mona face her knocking rituals as their admiration and care for her deepen. With its sparse, ironic prose, this novel is a wonderful literary treatment of anxiety, depression, and compulsion. Readers of Bender's collection of short stories, The Girl in the Flammable Skirt, will not be disappointed, as well as those looking for a fresh, groundbreaking author. --Michelle Kaske

Bender's first novel, following a successful collection of stories (The Girl in the Flammable Skirt, 1998), is exasperating and charming in about equal measure. Narrator Mona Gray becomes a math teacher at age 20. Her life is a constellation of numbers, worries, and activities abandoned. She finds a riff in every utterance, a digression in every observation, and her creator indulges every one. Especially in Part One, story development jerks and sputters; some of the asides, like drum solos, roll out of control into tedium. One reason the jamming doesn't work is that the narrative voice is a shopworn compendium of self-consciously pomo gags and gimmicks: asynchronous dialogue, deadpan presentation, incongruous details, looping compound sentences followed by staccato bursts of fragments. Mona would be a more effective storyteller if she simply trusted her tale. When the story finally emerges from the overlush undergrowth, it features moments of real charm and poignancy. We meet the science teacher, a disarmingly self-assured young eccentric who encourages his students to act out symptoms of diseases; Lisa Venus, a second-grader tormented by her mother's cancer; and Mona herself, bemused and befuddled by her mysterious life. As her father succumbs to an unnamed, slowly debilitating disease, Mona retreats into a protective cocoon of numbers and signs that neither she nor anyone else can factor. When the science teacher's arrival offers both love and a threat to Mona's affectless retreat, then numbers metaphor shifts from cute and quirky to emotionally expressive, and the prose lifts from riff to song. Sometimes this young author's tale of young people, chronicled by a young narrator, just feels young. Sometimes it is exuberantly, heartbreakingly youthful. Copyright ©Kirkus Reviews, used with permission.
More book reviews at iDreamBooks.com