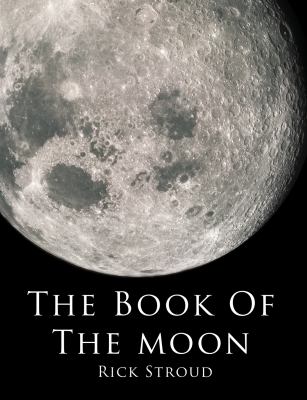 The book of the moon / Rick Stroud.

On July 20th 1969, in one of the most iconic moments of the 20th century, Neil Armstrong took his first steps on the moon. The distant object that had fascinated mankind for millennia suddenly got much closer. 'The Book of the Moon' is an utterly original and absorbing account of all things lunar

Readers expecting to explore our current understanding of the moon will be deeply disappointed in The Book of the Moon. Stroud, a well-known television director, does summarize the physical properties of Earth's natural satellite and provide a comprehensive survey of all of the lunar space missions of the US and the USSR. But the principal thrust of the book is the perceived influence of the moon on the peoples of the Earth. Chapters discuss classical mythology, weather, magic, and medicine. Each has the requisite caveat that the effects described have neither been confirmed nor denied by statistical examination. Unfortunately, most chapters present an inordinate amount of detail that apparently endorses the folklore. For example, the technique for using a moon mirror to view past lives is presented, albeit with the comment that the technique is "very difficult to perform and success is not guaranteed." A similar admonition could have been usefully included in many other parts of the book. While sociologists conceivably might find the compilation of folklore helpful, persons with an interest in the moon itself are better served by a work such as Charles Byrne's The Far Side of the Moon (CH, May'08, 45-4962). Summing Up: Not recommended. D. E. Hogg emeritus, National Radio Astronomy Observatory

A miscellany of all things lunar, scientific, superstitious, and literary, Stroud's volume provides light, recreational distraction. An abundance of images illustrates what is structurally a compilation of lists augmented by animated, caption-like commentary a formula to keep a browser hooked. Excitedly collecting facts and myths as if he were still the nine-year-old pilot of an imaginary moon rocket he says he once was, Stroud presents rosters of deities represented by earth's natural satellite, lunar astronomers ancient to modern, landmark lunar maps and atlases (including the systematization of lunar nomenclature), all lunar missions, and cultural creations (classical and popular music, poetry, movies) with lunar themes. And now for the lunacy: Stroud writes up the moon's place in alchemy, the casting of horoscopes, lunar medieval medicine, and, for devotees of alternate lifestyles, the moon's benefits to health and gardening as posited by biodynamics. Entertainment is the name of the game for this book, which takes on such disparate full-moon phenomena as werewolves and rayed craters with equal enthusiasm.--Taylor, Gilbert Copyright 2009 Booklist
More book reviews at iDreamBooks.com