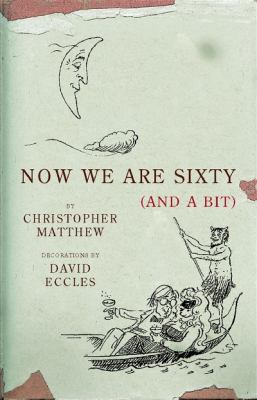 Now we are sixty (and a bit) / Christopher Matthew ; decorations by David Eccles.

Barely had the first copies of Christopher Matthew's 'Now We Are Sixty' landed in the bookshops when people started to ask when he was going to write a sequel. To his surprise the temptation to try his hand at a few more poems (particularly based on originals he hadn't tackled before, such as the Emperor's Rhyme or Sneezles) proved, like age itself, irresistible.

Once again they follow the rhymes and rhythms of the great Milne, to remind those who are getting on in years of the wit, wisdom and whimsy he conjured up for those who were very young.