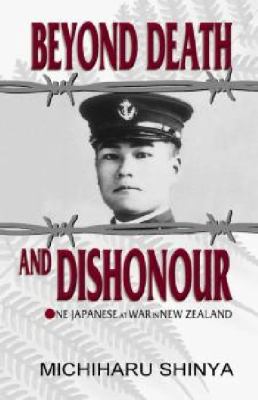 Beyond death and dishonour : one Japanese at war in New Zealand / Michiharu Shinya ; translated by Eric H. Thompson.

On the 13th of November 1942, the Japanese Destroyer Akatsuki was sunk off the coast of Guadalcanal. Torpedo officer Michiharu Shinya was captured and sent to the Featherston Prisoner-of-War Camp in New Zealand. He arrives to a camp of 800 inmates, simmering with discontent. Tensions rise and snap; a riot breaks-out and 48 Japanese POWs are killed by gunfire from New Zealand guards. Shinya's personal war continues, as he struggles with the ultimate crime against Japan: to die is honour; to live is to cease to exist. Through the kindness of a New Zealand padre, Shinya confronts his ghosts and is changed forever.

Rev. English ed. of: The path from Guadalcanal. Auckland : Outrigger, 1979.

"Text revised for this edition by Kay Wall"--T.p. verso.

Originally published as The path from Guadalcanal, 1979.

The author's experiences as a Japanese prisoner of war interned in Featherston in World War II.