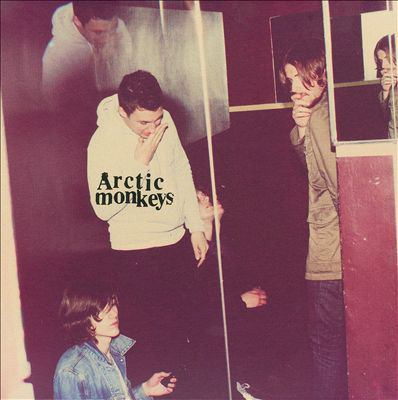 Facing the third album blues, the Arctic Monkeys turned to Josh Homme, the Queens of the Stone Age mastermind renowned for his collaborations but heretofore untested as a producer. On first glance, it's a peculiar pair -- the heirs of Paul Weller meet the heavy desert mystic -- but this isn't a team of equals, it's a big brother helping his little siblings go wayward and get weird. Homme doesn't imprint his own views on the Monkeys but encourages them to follow their strange instincts, whether it's a Nick Cave obsession or the inclination to emphasize atmosphere over energy. Wading into the murk of Humbug it becomes clear that the common ground between the Monkeys and Homme is the actual act of making music, the pleasure of not knowing what comes next when an entire band is drifting inside a zone. Since so much of Humbug is about its process, it's not always immediately accessible or pleasurable to an outside listener, nor is it quite the thickly colored freakout Homme's presence suggests. The Monkeys still favor angular riffs and clenched rhythms, constructing tightly framed vignettes not widescreen epics, but they're working with a darker palette and creating vaguely abstract compositions, sensibilities that extend to Alex Turner's words too, as he trades keen detail for vivid scrawled impressions. Every element of the album reflects a band testing its limits, seeing where they could -- not necessarily will -- go next; it's a voyage through territory that's new to them as musicians (which doesn't necessarily mean that it's also new to their audience), offering at a peek at what lies beyond via three songs cut after the desert sessions, songs informed by what they learned during their sojourn with Homme. This trio of tunes, highlighted by "Cornerstone," aren't as darkly as evocative as the rest of the dense, gnarled Humbug but they're among the best songs the album has to offer suggesting that the record may mean more in the long-term that it does on its own. Nevertheless, Humbug makes two things clear: Arctic Monkeys are serious about being in a band, about making music, and they are the first major British band in generations unencumbered by fear or spite for America. Humbug was not done with hopes of breaking the American market or reacting spitefully against it, it is solely about big, loud, dark noise. No wonder Josh Homme sensed he had a band of little brothers in Arctic Monkeys. ~ Stephen Thomas Erlewine

Lyrics in booklet inserted in container.