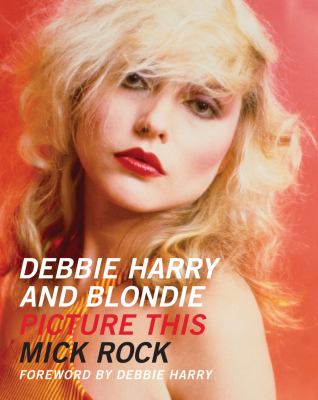 A startling and energetic visual record of the band that spawned power pop at the peak of their success and their sultry-cool lead singer, now in paperback   Blondie were the most successful rock act to emerge from New York's seminal and anarchic downtown punk scene of the mid-1970s. Their beautiful, multi-talented lead singer, Debbie Harry, became the most photogenic and photographed rock performer of all time. Mick Rock lived and lensed cutting-edge culture like no other in the 1970s, and their collaboration yielded iconic photos that transcended and transformed the public perception of rock'n'roll imagery. This book explores in depth, both visually and verbally, the unique natural charm and charisma of Debbie's "punk Marilyn Monroe" persona in its prime, and her successful reinvention of that persona for Blondie's glorious comeback of recent years. Mick Rock provides a vivid, memorable account of his larger-than-life adventures behind the camera; revealing, like no other book, just what made Debbie Harry and Blondie so distinctive.