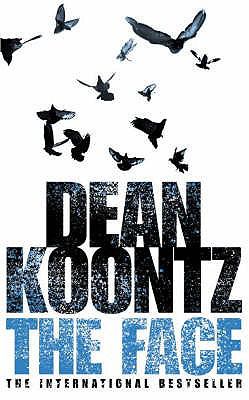 A novel of fear and suspense, love, loss and redemption, from one of the greatest storytellers writing today. The Face is Dean Koontz's most chilling, gripping and original novel to date.

THE FACE. He's Hollywood's most dazzling star. His flawless features inspire the love of millions - but light the fires of hatred in one twisted soul. A few rain-lashed days before Christmas, a warped star-hater has sent six sinister messages to him, promising a very nasty surprise for the festive season.

The Face's security chief is Ethan Truman, an ex-LAPD cop trying to rebuild his life. Having tracked down the messenger but not the source of the threat, he's worried. But not half as worried as he would be if he knew that Fric, the Face's ten-year-old son, was home alone and getting calls from a pervert claiming he's Moloch, 'devourer of children'.

While the unnatural downpour continues, Ethan must face the secrets of his tragic past and the unmistakable premonition of his own impending violent death as he races to solve the macabre riddles. Meanwhile, a terrified young Fric is planning to go into hiding in his father's vast Bel Air mansion - putting himself beyond Ethan's protection.

And Ethan may be all that stands between Fric and an almost unimaginable evil ...

Koontz is the master of the supernatural-suspense novel and other cross-genre literary combinations. These two works demonstrate his talent for creating unlikely early situations in multiple and disparate story lines, then pulling them together for convincing and ultimately uplifting denouements. He does this seemingly effortlessly with great writing and excellent characters and dialog. In One Door Away from Heaven, read by Anne Twomey, a fictional condemnation of utilitarian bioethics, the author joins plot elements that include an endangered and precocious child, human-dog bonding, the world of UFO and ET cultism, and an imperiled alien who's been placed on Earth to help save the planet. In The Face, read by Dylan Baker, a sadistic professor of literature plans to kidnap and torture the lonely and marginalized child of the world's most famous movie star, Channing Manheim (a.k.a. "The Face"). Channing's security chief is aided by a guardian angel, among other supernatural entities, in thwarting the attack. In both programs, the readers do a great job of capturing the personalities of Koontz's roster of unique, kooky, evil, cynical, canine, alien, divine, and undead characters. Both programs are highly recommended.-Kristen L. Smith, Loras Coll. Lib., Dubuque, IA (c) Copyright 2010. Library Journals LLC, a wholly owned subsidiary of Media Source, Inc. No redistribution permitted.

The final pages of Koontz's newest are uplifting enough to make Cain repent and Pilate weep. And there's much else in this novel to savor-and savor it readers must, because some of the book is slow going (it's also much too long). There's scarcely an author alive who, judging by his books, loves the English language more than Koontz; there's certainly no bestselling author of popular fiction who makes more use of figures of speech and whose sentences offer more musicality. That can be Koontz's weakness as well as strength, however. Koontz is also one of the great suspense authors, and when he's fashioned a particularly robust plot to carry his creative prose, as in last year's By the Light of the Moon, he's an Olympian. But when he stretches a thin story line beyond resilience, the language can overcome the narrative like kudzu vines. That happens here, despite the tale's grandeur and strong lines. The eponymous Face is the world's biggest movie star; he doesn't appear in the novel, but his smart, geeky 10-year-old son, Fric, takes center stage, as does Ethan Truman, cop-turned-security chief of the Face's elaborate estate and Fric's main human protector when one Corky Laputa, who's dedicated his life to anarchy, decides to sow further disorder by kidnapping this progeny of the world's idol. Fric's secondary protector was also human, a mobster, until he recently died and became Fric's (somewhat inept) guardian angel. Most of the narrative concerns Corky's abominations and Ethan and Fric's dawning awareness, via numerous uncanny events, of the unfolding horror. Koontz's characters are memorable and his unique mix of suspense and humor absorbing; but his overwriting-e.g., a chapter of about 2,000 words to describe Corky's coverup of a murder, when a sentence or two would have sufficed-make this worthy novel less than a dream. Still, great kudos to Koontz for creating, within the strictures of popular fiction, another notable novel of ideas and of moral imperatives. (On sale May 27) Forecast: Koontz regularly publishes one novel a year, usually around the year-end holidays. Will the market buy one just six months after his last? Sure it will: look for this to hit #1. (c) Copyright PWxyz, LLC. All rights reserved

Not a damsel, but a poor little rich kid is in distress in Koontz's latest thriller. Aelfric-Fric for short-is the skinny, 10-year-old son of the biggest movie star in the world, Channing Manheim, called The Face after his most obvious asset. A homicidal anarchist literature professor plans to kidnap and torture the boy to death, recording the proceedings for controlled leakage to the media, all for the sake of making everyone paranoid and increasing disorder in the world. The psycho has figured out how to get Fric despite the fact that the Manheim mansion is as well guarded as the White House. Chief of security Ethan Truman is certainly capable of dealing with the sicko, but he thinks the threat implied by six mysterious packages sent to the mansion is against The Face. Fortunately, a series of very convincing hallucinations is prodding Ethan toward enlightenment at the same time that untraceable phone calls and a man who emerges from and disappears back into reflective surfaces are warning Fric of oncoming danger. Koontz keeps the suspense setting on high and rides his hobbyhorses against Hollywood, the media, and present-day academe, while proving that his sense of brand-name product placement is superb. Good summertime scare fluff. --Ray Olson

Koontz flexes his muscles and sets forth like a demigod to create his most strongly anchored novel since 1995's Intensity, a work sheathed with darkness and wreathed with wiry metaphor. Ethan Truman, 37, a widower and retired homicide detective, has been hired as head of security for huge Palazzo Rospo, a mansion owned by Hollywood's greatest star, Channing Manheim, a seductively empty actor nicknamed The Face. He's often not home, and the roost is ruled by his brilliant ten-year-old son Fric (Aelfric), who gets $35 grand a year to redecorate his bedroom but gets ghostly phone calls as well. Koontz swoons through all the rooms of the manse, the first-class library of 35,000 volumes, the dustless wine cellar with 14,000 bottles that must be given a quarter turn every four months, the incredible phone system, whose every switch is blueprinted for the reader. Well, an anarchist teacher of modern fiction, Corky Laputa, has been sending The Face symbolic packages that suggest bad feelings: say, a fresh apple halved and stitched together with a blue doll's eye hidden inside. Even Koontz himself may not know what this means while unrolling hundreds of pages of top-drawer suspense and masterly set design. Duncan "Dunnie" Whistler, an old buddy of Ethan's and suitor of Ethan's dead wife Hannah, drowns in a toilet but arises in the morgue, dresses, leaves, and buys Broadway roses for Hannah's grave. During this long day's journey, Ethan himself dies twice, once by gunfire, once crushed by a truck, and returns to life, weirdly hale. Then there's Mr. Typhon, the swank storm god, who hires dead Dunnie as a hit man--to protect Ethan? At last, all astral questions focus on The Face and what might possibly be behind it. High art? Mm, maybe, let's wait and see--and does it matter anyway? Copyright ©Kirkus Reviews, used with permission.
More book reviews at iDreamBooks.com