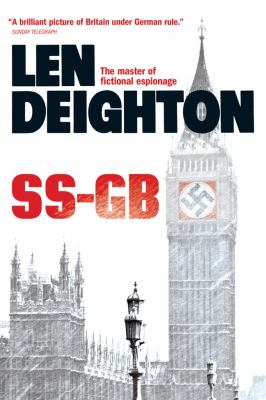 What if WWII went the other way? In this alternative-history novel, Deighton imagines a chilling world where British Command surrendered to the Nazis in 1941, Churchill has been shot, the King is in the dungeon, and the SS are in Whitehall. In occupied Britain, Scotland Yard conducts business as usual...only under the command of the SS. Detective Inspector Archer is assigned to what he believes is a routine murder case--until SS Standartenf#65533;hrer Huth arrives from Berlin with orders from Himmler himself to supervise the investigation. Soon, Archer finds himself caught in a high level, action-packed espionage battle.
This is a spy story different from any other--one that only Deighton, with his flair for historical research and his narrative genius, could have written.

First published in Great Britain by Jonathan Cape Ltd. in 1978.