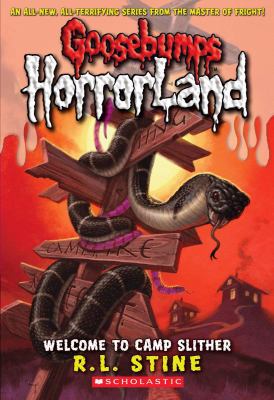 Twelve-year-old Boone and his sister Heather love animals of every kind. That's why they wanted to come to Camp Slither. The wild legends of man-eating snakes and disappearing campers are hisss-terical! But Camp Slither has a cold-blooded secret: Somebody has unleashed a hungry horde of slithery snakes! Can these two survive long enough to accept their invitation to HorrorLand? Yesssssss! But only if they figure out why Camp Slither is crawling with trouble.

Followed by: Help! we have strange powers.