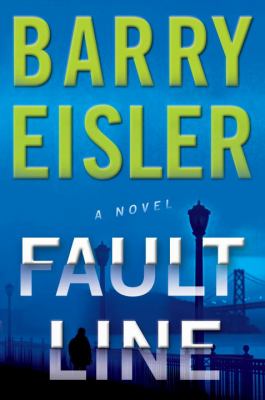 | High technology -- FictionGenre/Form: Thrillers (Fiction) | Action and adventure fiction. | Psychological fiction.Subject: In Silicon Valley, the eccentric inventor of a new encryption application is murdered in an apparent carjacking. In Istanbul, a cynical undercover operative receives a frantic call from his estranged younger brother. When Alex Treven, a patent lawyer who has been working for the inventor, is attacked in his apartment, he is convinced he is the target of a conspiracy, and his brother, Ben, is his only hope. Setting aside their differences, Alex and Ben come together to find out who is behind the attacks. They soon learn that forces in America and abroad are involved in a high-stakes struggle to take hold of the technology, and now both of their lives are in danger.
Tags from this library: No tags from this library for this title. Log in to add tags.
Fiction notes: Click to open in new window

No further information has been provided for this title.

In Silicon Valley, the eccentric inventor of a new encryption application is murdered in an apparent carjacking. In Istanbul, a cynical undercover operative receives a frantic call from his estranged younger brother. When Alex Treven, a patent lawyer who has been working for the inventor, is attacked in his apartment, he is convinced he is the target of a conspiracy, and his brother, Ben, is his only hope. Setting aside their differences, Alex and Ben come together to find out who is behind the attacks. They soon learn that forces in America and abroad are involved in a high-stakes struggle to take hold of the technology, and now both of their lives are in danger.

Death by hit men isn't what Silicon Valley attorney Alex Treven had in mind when he agreed to sponsor a young inventor's piece of network-security software. But when the inventor and the patent office handler die in quick succession, Alex has enough survival sense to call his estranged big brother, Ben, a special-ops agent. Ben reluctantly comes to Alex's aid and finds himself entangled in something more sinister than a lucrative new invention would suggest. Beautiful, tech-savvy law associate Sarah Hosseini inadvertently gets caught up in the deadly situation and adds a touch of romance to this cyberthriller. The brothers have suffered greatly since tragedy destroyed their suburban family when they were teens; now they must overcome long-simmering resentments and band together, using their talents to outwit their unknown hunters. Intricate plotting and tech details make this thriller zip by. Eisler, who has training in covert operations and is well known for his John Rain series (e.g., Requiem for an Assassin), presents a winning first stand-alone work. Recommended for all popular collections. [See Prepub Alert, LJ 10/1/08.]-Teresa L. Jacobsen, Solano Cty. Lib., Fairfield, CA (c) Copyright 2010. Library Journals LLC, a wholly owned subsidiary of Media Source, Inc. No redistribution permitted.

Eisler fans may miss the sleek, moody tone that distinguished his John Rain thrillers (Requiem for an Assassin, etc.) in this highly readable first in a new series introducing another assassin hero. Ben Treven, who's been assigned to Turkey in the war on terror by his secretive U.S. military unit, returns home to Silicon Valley when his younger brother, Alex, a patent lawyer in Palo Alto, gets caught in the deadly tug-of-war between the inventor of a new software encryption device and the forces of national security. The plot moves sluggishly as the author establishes character, backstory and the bitter relationships in the Treven family, but the larger problem is the novel's predictability. The brothers tangle, reconcile, romance the same woman, then the threat is neutralized-all on schedule. As a leading man, Ben Treven lacks John Rain's personal panache and professional aloofness. Still, Ben's warmer side gives him potential. 10-city author tour. (Mar.) (c) Copyright PWxyz, LLC. All rights reserved

Eisler fans looking for the return of John Rain won't find him here, but they won't be disappointed. Silicon Valley patent lawyer Alex Treven is counting on a big payday when he closes a potential multimillion-dollar deal with the inventor of an encryption program, but his prospects change quickly when the inventor is murdered and Alex is attacked in his home. To uncover the truth of the murder and survive himself, Alex will need to call in the services of a man he never wanted to see again: his estranged brother, Ben, who works for a secret anti-terrorist military organization but agrees to fly from Istanbul to San Francisco to help and immediately becomes a target. Also involved is another lawyer, an Iranian American woman who also knows about the encryption program and may or not be trustworthy. Rich characterizations and family dynamics blend seamlessly with gripping action scenes. Eisler has himself another winner.--Ayers, Jeff Copyright 2009 Booklist

Vanilla thriller about a race to nab software capable of shutting down cyberspace. On the heels of six John Rain thrillers, Eisler (Requiem for an Assassin, 2007, etc.) turns to a stand alone with a fadeout that suggests it won't be standing alone for long. The author brings on a familiar cast, with each character raising a question that nudges along the plot. There's Richard Hilzoy, about to patent Oracle, "to security software what Dolby was to sound." But Hilzoy withholds from his buyers something vital about the software. Perhaps that's the reason someone rubs him out. Then there's Alex Treven, the bland, blonde, blue-eyed lawyer who hopes landing Oracle will make him a partner at his firm. More flamboyant is Alex's brother, Ben, at the start a hired assassin about to kill two Iranians in Turkey. In awkward flashbacks, Eisler details the family trauma behind Alex and Ben's estrangement. Asked to drive his sister Katie, a high-school senior, home from a party, Ben, besotted with a woman at the fete, asks someone else to do the honors. The substitute driver crashes, killing Katie. Ben shirks responsibility, turning, somewhat implausibly, into a cold, ruthless killer. Will he melt and reconcile with his brother? The chance to do that comes when Alex seeks his help after it appears someone is ready to kill anyone with anything to do with Oracle. Ben grudgingly agrees to help, though he distrusts Alex's assistant, Sarah Hosseini, largely because she's Iranian. For her part, Sarah has never experienced an orgasm. Will she and Ben combust? Eisler ticks off answers to his questions. He reveals the tricky and surprising story behind Oracle. He turns Ben and Alex's rehash of the past into several second-drawer Arthur Miller confrontations. And he signs off as Ben and Sarah heat up. As for color in the telling, clichs abound: "destiny was like a freight train"; "He was a needle in a haystack, a drop in the ocean." Sure to set the pulse steadying. Copyright Kirkus Reviews, used with permission.
More book reviews at iDreamBooks.com