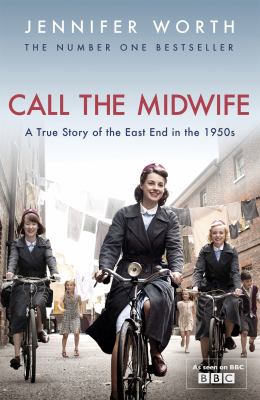 Call the midwife : a true story of the East End in the 1950s / Jennifer Worth ; clinical editor, Terri Coates.

<p> Jennifer Worth's tales of being a midwife in 1950s London, now a major BBC TV series. </p> <p>Jennifer Worth came from a sheltered background when she became a midwife in the Docklands in the 1950s. The conditions in which many women gave birth just half a century ago were horrifying, not only because of their grimly impoverished surroundings, but also because of what they were expected to endure. But while Jennifer witnessed brutality and tragedy, she also met with amazing kindness and understanding, tempered by a great deal of Cockney humour. She also earned the confidences of some whose lives were truly stranger, more poignant and more terrifying than could ever be recounted in fiction.</p> <p>Attached to an order of nuns who had been working in the slums since the 1870s, Jennifer tells the story not only of the women she treated, but also of the community of nuns (including one who was accused of stealing jewels from Hatton Garden) and the camaraderie of the midwives with whom she trained. Funny, disturbing and incredibly moving, Jennifer's stories bring to life the colourful world of the East End in the 1950s.</p>

Includes extract of Shadows in the workhouse.