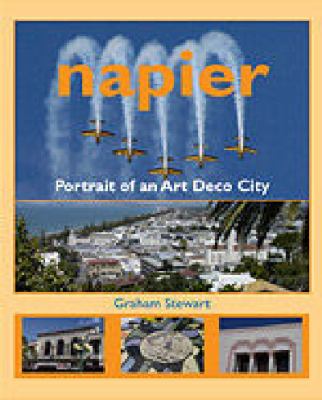 Readers get an instant insight of the 1931 Napier earthquake and the city in the early years of the 20th century as they turn the pages, all the historic photographs are matched with present day colour scenes from the same spot. It is like being there with the buildings tumbling all around. This wooden Victorian town was replaced after the 1931 earthquake and fire with the fashionable architecture vogue of the 1930s, the modern American style of the era which is known today as Art Deco. In February each year Napier hosts an Art Deco weekend with wine, food, jazz, dancing, vintage cars, plane rides and a variety of entertainment, showcasing one of the most outstanding collections of Art Deco buildings in the world. Napier is now a tourist destination for New Zealanders and overseas visitors, a popular port of call for tourist ships. In 1931 the population of the town was just over 16,000, today the population is over 57,000. The country's oldest winery was established in 1865 at The Mission vineyards at Greenmeadows. Graham Stewart was a photographer with the former Napier daily newspaper the Daily Telegraph from 1959 to 1964.