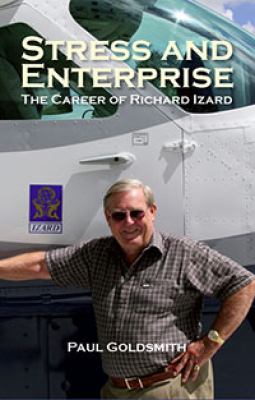 Stress and enterprise : the career of Richard Izard / Paul Goldsmith.

Richard Izard enjoyed a prosperous family background. He raced cars and flew planes. But by the time he was 44, several business reversals had left him nearly broke, desperately selling sheepskin seat covers to the Californians from the boot of his Pontiac. From there, his fortunes improved. He returned to New Zealand in 1980 and with a combination of pig-headedness, ebullient charm, hard work, an eye for the main chance, luck and infusions of family help at crucial times, Izard developed a successful export manufacturing business in the small Northland town of Wellsford. He sold tungsten carbide tipped saw blades to the world and, against the odds, captured a significant slice of the valuable American home handyman market. Even at his peak, however, he was only one step ahead of the banks. After exiting the business at the right time in the early 1990s Izard has gone on to become a significant New Zealand investor. 'The accumulation of wealth follows no set routes. Izard had the essential entrepreneurial attribute - desire - in large volume, but his career did not follow text-book pathways of thrift and steady progress. In business he generated much stress as he made mistakes, chewed through business partners, exasperated countless bank managers and strained some friendships. There were long periods of drift, depression and desperation but when high spirits seized Richard Izard, he was unstoppable.'