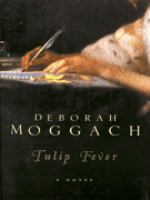 <opt> <anon I1="BLANK" I2="BLANK">Sophia Trust not to appearances. -- Jacob Cats, Moral Emblems , 1632 We are eating dinner, my husband and I. A shred of leek is caught in his beard. I watch it move up and down as he chews; it is like an insect caught in the grass. I watch it idly, for I am a young woman and live simply, in the present. I have not yet died and been reborn. I have not yet died a second time -- for in the eyes of the world this will be considered a second death. In my end is my beginning; the eel curls round and swallows its own tail. And in the beginning I am still alive, and young, though my husband is old. We lift our wine flutes and drink. Words are etched on my glass: Mankind's hopes are fragile glass and life is therefore also short, a scratched homily through the sinking liquid. Cornelis tears off a piece of bread and dips it into his soup. He chews for a moment. "My dear, I have something to discuss." He wipes his lips with his napkin. "In this transitory life do we not all crave immortality?" I freeze, knowing what is coming. I gaze at my roll, lying on the tablecloth. It has split, during baking, and parted like lips. For three years we have been married and I have not produced a child. This is not through lack of trying. My husband is still a vigorous man in this respect. At night he mounts me; he spreads my legs and I lie there like an upturned beetle pressed down by a shoe. With all his heart he longs for a son -- an heir to skip across these marble floors and give a future to this large, echoing house on the Herengracht. So far I have failed him. I submit to his embraces, of course, for I am a dutiful wife and shall always be grateful to him. The world is treacherous and he reclaimed me, as we reclaimed our country from the sea, draining her and ringing her with dykes to keep her safe, to keep her from going under. I love him for this. And then he surprises me. "To this effect I have engaged the services of a painter. His name is Jan van Loos and he is one of the most promising artists in Amsterdam -- still lifes, landscapes, but most especially portraiture. He comes on the recommendation of Hendrick Uylenburgh, who as you know is a discerning dealer?Rembrandt van Rijn, newly arrived from Leiden, is one of his proteges." My husband lectures me like this. He tells me more than I want to know but tonight his words land noiselessly around me. Our portrait is going to be painted! "He is thirty-six, the same age as our brave new century." Cornelis drains his glass and pours another. He is drunk with the vision of ourselves, immortalized on canvas. Drinking beer sends him to sleep, but drinking wine makes him patriotic. "Ourselves, living in the greatest city, home to the greatest nation on the globe." It is only me sitting opposite him but he addresses a larger audience. Above his yellowed beard his cheeks are flushed. "For doesn't Vondel describe Amsterdam thus? What waters are not shadowed by her sails? On which mart does she not sell her wares? What peoples does she not see lit by the moon, she who herself sets the laws of the whole ocean?" He does not expect an answer for I am just a young wife, with little life beyond these walls. Around my waist hang keys to nothing but our linen chests, for I have yet to unlock anything of more significance. In fact, I am wondering what clothes I shall wear for my portrait. That is the size of my world so far. Forget oceans and empires. Maria brings in a plate of herrings and retreats, sniffing. Fog rolls in off the sea and she has been coughing all day. This hasn't dampened her spirits. I am sure she has a secret lover; she hums in the kitchen and sometimes I catch her standing in front of a mirror rearranging her hair under her cap. I shall find out. We are confidantes, or as much confidantes as our circumstances allow. Since I left my sisters she is the only one I have. Next week the painter will arrive. My husband is a connoisseur of paintings; our house is filled with them. Behind him, on the wall, hangs a canvas of Susannah and the Elders. The old men peer at the naked girl as she bathes. By daylight I can see their greedy faces, but now, in the candlelight, they have retreated back into the shadows; all I can see is her plump, pale flesh above my husband's head. He lifts a fish onto his plate. He is a collector of beautiful things. I see us as a painting. Cornelis, his white lace collar against black, his beard moving as he eats. The herring lying on my plate, its glistening, scored skin split open to reveal the flesh within; the parted lips of my roll. Grapes, plump and opaque in the candlelight; the pewter goblet glowing dully. I see us there, sitting at our dining table, motionless -- our own frozen moment before everything changes. After dinner he reads to me from the Bible. "All flesh is grass, and all the goodliness thereof is as the flower of the field; the grass withereth, the flower fadeth, because the spirit of the Lord bloweth upon it; surely the people is grass..." But I am already hanging on the wall, watching us. Excerpted from Tulip Fever by Deborah Moggach All rights reserved by the original copyright owners. Excerpts are provided for display purposes only and may not be reproduced, reprinted or distributed without the written permission of the publisher.</anon> </opt>

Cornelis Sandvoort is a successful merchant in 1630s Amsterdam. Widowed, he marries the much younger Sophia, the eldest daughter of a family that has been left impoverished by the death of the father. They have a somewhat happy life shared with their servant Maria. However, this joy is turned upside down when Cornelis decides to have their portrait painted by Jan van Loos, who brings unexpected passion to Sophia, whose actions impact all their lives. Though Moggach provides wonderful descriptions of Amsterdam, the book plods along to an anticipated ending that is somewhat disappointing. Listeners will get bogged down in the tedious conversations and meandering subplots, narrated by Rula Lenska, that add little to the story. Some editing might have made this better and more gripping. Those with a love of regency and other kinds of historical romances may enjoy this. Otherwise, not a necessary purchase.ÄDanna Bell-Russel, Library of Congress (c) Copyright 2010. Library Journals LLC, a wholly owned subsidiary of Media Source, Inc. No redistribution permitted.

Although Moggach, a well-known TV writer and prolific novelist in her native Britain, has published here before, this book, a bestseller at home last year, is the one that is likely to be her breakout on this side of the water. It is yet another story set in 17th-century Holland involving a real-life artist, Jan van Loos. But whereas such books as Susan Vreeland's Girl in Hyacinth Blue and Tracy Chevalier's Girl with a Pearl Earring concentrate on an artist's work, this is a headlong romantic drama that uses the painting of a portrait simply as a jumping-off point. Van Loos comes to paint Sophia, the pretty young wife of wealthy burger Cornelius Sandvoort, which starts a train of events that will irredeemably change all their lives. Sophia and the artist fall hopelessly in love; the Sandvoorts' servant, Maria, is having a child by a man who, thinking himself betrayed by her, has run off and joined the navy; meanwhile, Cornelius has always longed for a child. Out of these circumstances, the infatuated couple formulate a plot, but one that depends on getting together a great deal of money in a short time; hence, the frenzied speculation in the value of new and rare breeds of tulip that gives the book its title. Moggach puts all this together in a series of brief, breathless chaptersÄpacking in skillfully presented facts, atmosphere and colorÄeach told from a different point of view: even the hapless drunk who brings the whole scheme crashing down around Jan's and Sophia's ears is given his moment in the limelight, and the figure of the elderly, cuckolded lover is for once sympathetically drawn. The Amsterdam of the period is brought almost physically alive, and a wistful postlude looks back at all the romantic anguish from a serene distance. This is popular fiction created at a high pitch of craft and rapid readability. Movie rights sold to Steven Spielberg. (Apr.) (c) Copyright PWxyz, LLC. All rights reserved

Young Sophia willingly married elderly Cornelius Sandvoort, a wealthy merchant, to escape poverty and help her family. She realizes that she has a good life with an honorable man but everything changes when her husband decides to have their portrait painted as is the custom for well-to-do families in seventeenth-century Amsterdam. Jan van Loos, a talented, penniless painter, awakens Sophia's desires, and she succumbs, too, to the two Dutch passions for art and tulips. In order to flee Amsterdam together, the lovers need money, so they decide to gamble their limited resources on the latest craze of tulip speculation: if they buy the right bulb they can make a sizable fortune. But as their scheme gets closer to fruition, things begin to unravel. Moggach's lush and sensuously written novel will appeal to romantics as well as fans of historical novels, and the film rights have been sold to Steven Spielberg. --Patty Engelmann

A pallid account of adultery and deception somewhat enriched'but not much'by its 17th-century Dutch setting. Young Sophia has saved herself and her family by marrying wealthy, amiable Cornelis Sandvoort, 40 years her senior. After three years of marriage, with as yet no heir, Cornelis tries for the next best route to immortality by engaging Jan van Loos to paint the couple's portrait. With this one display of vanity begins the twisting plot of a moral fable that dooms all the players involved, transforming their tidy Amsterdam into a watery labyrinth of deceit. Shortly after meeting for the first sitting, Jan and Sophia begin a torrid affair. They steal through the streets in disguise and pass notes through servants, risking everything for just the briefest contact. When Sophia's maid, Maria, becomes pregnant, the lovers concoct an outlandish plan they hope will buy their freedom. With a pillow tucked under her gown, Sophia pretends also to be pregnant; she plans to pawn off Maria's illegitimate baby as her own, to 'die' in childbirth, then run off with Jan. The novel's title suggests the historical phenomenon that may aid the illicit pair. Gripped in 'tulip fever,' the Amsterdam of 1636 uses bulbs as a trading commodity, their value based on rareness of color and singularity of bloom. The flowers can make or break futures in an afternoon, and it's on this chaotic fluctuation that Jan and Sophia depend to make their fortune. Immersed in the language of flowers and the imagery of Dutch still lifes, the story's best moments mimic the stilled perfection of painting. But at the same time, more often than not, Moggach's reserved, objectified tone distances the reader. An interesting conceit with little emotional impact, making for a tale more reserved and two-dimensional than burgeoning with its lives.