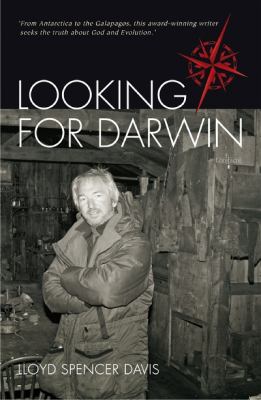 In one of the most inhospitable places on Earth, zoologist Lloyd Spencer Davis comes face to face with an enraged leopard seal. Towering ice cliffs, a ferocious creature of the deep, and the extreme Antarctic environment all turn Davis's world view on its head. 'What the hell am I doing here?' This question sets Davis on a quest for insight and meaning in a world that still pitches theories of evolution against belief in a Creator; the science of natural selection against a faith that asserts our world was crafted by Intelligent Design. With a self-deprecating grin packed along with his cabin baggage - even when his passport isn't - Davis decides to follow the travels of the eminent nineteenth-century naturalist, Charles Darwin: the man who did more to change our understanding of this planet than any other biologist. Looking for Darwin gives us a personal and intimate insight into Darwin and what drove the man. It is also an attempt to resolve that initially panicked - and then far-reaching - question, that first hit Davis on the big ice.With a wealth of research and vivid imagery - along with a disarming honesty - Lloyd Spencer Davis takes the reader on an unforgettable world tour.