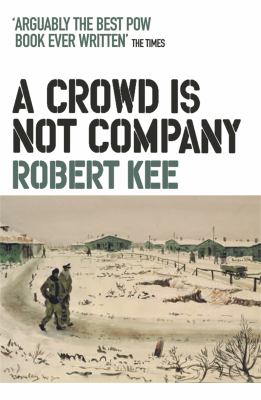 A crowd is not company / Robert Kee.

Journalist and broadcaster Robert Kee was an RAF bomber pilot in the Second World War. When his plane was shot down over Nazi-occupied Holland, he was captured and spent three years and three months in a German POW camp.

From the beginning he was intent on escape. After several false starts, he finally made it.

First published in 1947 as a novel, but now revealed to be an autobiography, A Crowd Is Not Company recounts Kee's experiences as a prisoner of war and describes in compelling detail his desperate journey across Poland - a journey that meant running the gauntlet of Nazism.