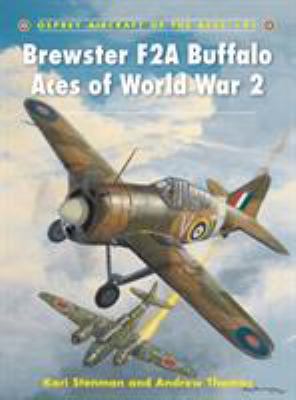 Although designed and built for the US Navy, the F2A fought in only one major US engagement, the battle of Midway, in which F2A pilots managed to shoot down a number of Japanese fighters. Soon replaced by the navy, the F2A was exported to Britain, where it was nicknamed the 'Buffalo' thanks to its stubby appearance. The British sent most of these fighters to the Far East where they were used in the defence of Singapore and Malaya. It was in the Winter War, however, that the F2A truly found a home. Calling the plane simply the Brewster, the Finnish flew it against the invading Russians. Overall 37 Finns achieved ace status flying the Brewster, and it was the Finnish fighter of choice until succeeded by the Bf 109 in 1943.