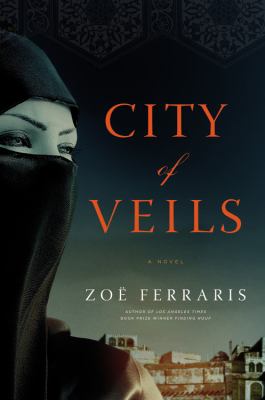 Women in Saudi Arabia are expected to lead quiet lives circumscribed by Islamic law and tradition. But Katya, one of the few women in the medical examiner's office, is determined to make her work mean something.

When the body of a brutally beaten woman is found on the beach in Jeddah, the city's detectives are ready to dismiss the case as another unsolvable murder-chillingly common in a city where the veils of conservative Islam keep women as anonymous in life as the victim is in death. If this is another housemaid killed by her employer, finding the culprit will be all but impossible.

Only Katya is convinced that the victim can be identified and her killer found. She calls upon her friend Nayir for help, and soon discovers that the dead girl was a young filmmaker named Leila, whose controversial documentaries earned her many enemies.

With only the woman's clandestine footage as a guide, Katya and Nayir must confront the dark side of Jeddah that Leila struggled to expose: an underworld of prostitution, violence, exploitation, and jealously guarded secrets. Along the way, they form an unlikely alliance with an American woman whose husband has disappeared. Their growing search takes them from the city's car-clogged streets to the deadly vastness of the desert beyond.

In CITY OF VEILS, award-winning author Zo Ferraris combines a thrilling, fast-paced mystery with a rare and intimate look into women's lives in the Middle East.

The brutalized body of a young woman washes up on a Jeddah beach, and an American security guard disappears just after welcoming his wife back to Saudi Arabia. When the victim is identified as Leila Nawar, who flouted religious custom while making provocative films exposing the seamy side of Jeddah andÅquestioning the purity of the Quran, the list of possible suspects grows, eventually turning up a connection to the missing Eric Walker. Working forensics on the murder, Katya Hijazi asks her friend, devout Muslim Nayir Sharqi, for help, and he struggles with his feelings for Katya while becoming involved with Eric's wife. Verdict A vividly depicted horrific desert sandstorm lifts this sequel to the acclaimed Finding Nouf above the pedestrian. But what is particularly notable here is the description by Ferraris, who once lived in the area with her then-Saudi Palestinian husband, of not only the stifling subjugation of women but also of the difficulties facing religious Muslim men in forging loving relationships. This shines as a revealing portrayal of Saudi culture. [See Prepub Alert, LJ 3/15/10.]-Michele Leber, Arlington, VA (c) Copyright 2010. Library Journals LLC, a wholly owned subsidiary of Media Source, Inc. No redistribution permitted.

Ferraris's stellar second novel is again set in Saudi Arabia and features the desert guide Nayir Sharqi and forensic scientist Katya Hijazi, introduced in Finding Nouf. Nayir and Hijazi gingerly probe the death of an unconventional young woman found mutilated and half-nude on a beach near Jeddah, as well as the disappearance of an American security contractor, who, to the dismay of his American wife, had a "summer marriage" with the victim. Nayir, a sensitive but orthodox Muslim, inches toward realizing that when a woman is cloistered, a man's duties to her multiply a dozenfold, while independent-minded Katya, whom he loves, pretends to be married in order to work as a technician in Jeddah's homicide force. Katya's boss, Det. Insp. Osama Ibrahim, also loses his progressive self-image after he discovers his wife wants a career more than she wants his children. The author, who lived for a time in Saudi Arabia in the 1990s with her then husband, presents a searing portrait of the religious and cultural veils that separate Muslim women from the modern world. (Aug.) (c) Copyright PWxyz, LLC. All rights reserved

*Starred Review* Leila Nawar was a promising young Saudi Arabian filmmaker who preferred controversy to commercial success. Detective Osama Ibrahim suspects it was this penchant for prickly material that brought about her brutal end. He also knows that investigating any woman's death is a challenge in a land where women walk the streets with their faces veiled. But Katya, a forensic technician in the coroner's office, is determined not to let Leila's beating and murder go unsolved. With the help of her friend, Nayir, Katya discovers dark truths about Leila: ever the provocateur, she interviewed prostitutes and became involved in a project aimed at exposing impurities in the Koran. When Leila is linked to a missing American man, Detective Ibrahim makes the case a top priority. (As a Muslim, he's uncomfortable working with women, but he can't deny the headway Katya has made on the case.) American novelist Ferraris (Finding Nouf, 2008) lived in Saudi Arabia with her then husband and his extended family of Saudi-Palestinian Bedouins in the wake of the first Gulf War. Here she renders a suspenseful mystery and a sobering portrait of the lives of Muslim women. Recommend this potent thriller as book-club reading.--Block, Allison Copyright 2010 Booklist

The stifling constraints placed on Saudi women form the grim backdrop for a second mystery from Ferraris (Finding Nouf, 2008).A mutilated female corpse washes up on a beach near Jeddah. American Miriam Walker reluctantly returns to the city to rejoin husband Eric, whose disappearance later that night proves to be related to the murder. Assigned to the case is Detective Inspector Osama Ibrahim, a relatively enlightened Muslim. He is supportive of the women the Jeddah police department has reluctantly admitted to its ranks to interview female witnesses, since even police officers cannot be alone with an unrelated member of the opposite sex. When his associate Faiza is fired because she lied about being married (a prerequisite for employment), he's willing to work with Katya, the medical examiner whose warming relationship with strict traditionalist Nayir was a central element in Finding Nouf. Katya (who's also pretending to be married) brings Nayir into the case on the flimsy pretext that his knowledge of the Quran will help as she looks for the man who hired the victim, Leila Nawar, to photograph ancient Islamic manuscripts. Leila's primary interest, however, was in filming hot-button sexual and religious material, a project in which Eric may have abetted herand that guy sitting next to Miriam on her return flight probably had something to do with it too. The tangled mystery is of less interest than the stinging depiction of routine indignities inflicted on Saudi women, many involving the burqa they must wear to cover their faces; if they raise the veil to eat or see where they're going, they face the hostility of men who believe an uncovered woman is an abomination. Nayir, more or less of that opinion himself, struggles to adapt his beliefs to encompass his growing love for Katya, while Osama grapples with the discovery that his adored wife is taking birth-control pills. Ferraris avoids demonizing all Saudi men, while unambiguously rejecting their society's ingrained misogyny.No final resolutions here, except to the less-than-gripping murder case, but a vividly detailed portrait of a modern land mired in medieval attitudes.]] Copyright Kirkus Reviews, used with permission.
More book reviews at iDreamBooks.com