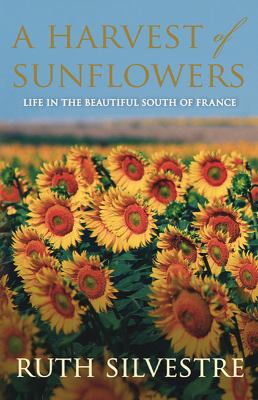 A harvest of sunflowers / Ruth Silvestre ; illustrated by Michael Grater.

Twenty years after first setting eyes on Bel-Air de Grezelongue, her dream house in the sunflowers in south-west France, Ruth Silvestre sat down to bring us the long-awaited sequel to the adventures.
Local friendships and bonds of loyalty that she and her family formed during the gradual restoration of their once derelict farmhouse have now deepened. The children, both hers and her neighbours, are now adults. Wedding festivities and banquets are described in mouth-watering detail as, with natural joie-de-vivre, a close-knit society celebrates and prepares for the coming generation.