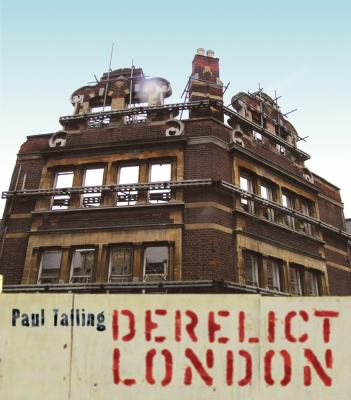 From the decaying houses on the North Circular, to the faded glory of the Tidal Basin Tavern in Royal Victoria Dock (closed 1980), via Battersea Power Station and the Dalston Theatre, this is an extraordinary record of often wonderful London landmarks that are now prey to neglect, vandalism and the developer's demolition crew.Paul Talling has been recording ramshackle London for several years, and here he looks at the cream of the down-at-heel, blending photographs with accounts of how particular buildings and sights fell into disrepair and what is likely to happen to them. The Victorian Concrete House in East Dulwich, for example -a once magnificent example of an early concrete-built house but now a shell. Palmers in Camden Town, formerly the most famous pet shop in London, where Ken Livingstone bought his newts. Strand Tube Station, which featured in films as diverse as Battle of Britain, Superman IV and An American Werewolf in Paris. To mention only a few of the myriad houses, pubs, cinemas, bomb shelters, cemeteries and shops meticulously recorded and celebrated here.If you've ever peeped curiously through a gap in a boarded-up window or wondered why the building you pass every day is looking distinctly the worse for wear, this is very definitely the book for you.