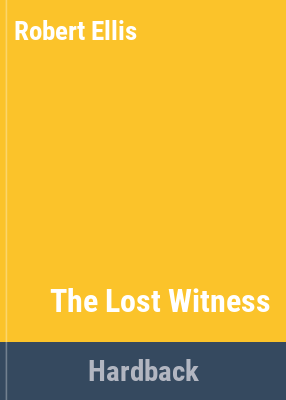 Certain powerful and corrupt individuals, some of them with the LAPD, arrange an efficient murder. Then, curiously, the department assigns the case to a detective whom they think will mess up the investigation. Two problems emerge: Robbery-Homicide Detective Lena Gamble (City of Fire) has no intention of failing, and there is an unknown witness helping her. The grisly murder of a Jane Doe, found expertly butchered in a Hollywood dumpster, seems unsolvable. But Lena, with evidence mailed to her by the witness, traces the victim's death to a restaurant parking lot that fronts a prostitution ring. LAPD top brass, politically savvy power brokers, and a medical researcher are heavily invested by this point and increasingly desperate to suppress any incriminating evidence. Morality is not high on their list, and the body count rises. Doggedly, Lena cuts through all the corruption, defies her superiors' orders, and, of course, puts herself in danger repeatedly. Ellis's elaborate puzzle is a nail-biter to the final page. Great LA settings enhance this high-speed thriller. Recommended for all popular collections. [See Prepub Mystery, LJ 10/1/08.]-Teresa L. Jacobsen, Solano Cty. Lib., Fairfield, CA (c) Copyright 2010. Library Journals LLC, a wholly owned subsidiary of Media Source, Inc. No redistribution permitted.

In Ellis's scorching sequel to City of Fire (2007), LAPD robbery and homicide detective Lena Gamble is surprised when she's handed a particularly horrific murder case. Her trusted supervisor, Lt. Frank Barrera, even warns her that it may be a trap. A dismembered female body found in a dumpster in Hollywood offers little in the way of clues until an anonymous witness delivers the Jane Doe's driver's license and a flash drive showing the victim's kidnapping. Gamble follows every lead even when her own bosses spy on her and warn her off investigating the son of a powerful pharmaceutical company owner and a physician who knew the dead woman. Finding the missing witness before the killer finds her may be Gamble's only hope of solving this deliciously twisted crime novel in which nothing is what it appears to be. Ellis succeeds masterfully in both playing fair and pulling surprise after surprise in a story that feels like a runaway car plunging down a mountain road full of switchbacks. (Feb.) (c) Copyright PWxyz, LLC. All rights reserved

*Starred Review* Fans of Michael Connelly and T. Jefferson Parker will relish Ellis' second crackling thriller featuring Hollywood robbery-homicide detective Lena Gamble. On the outs with her department after the volatile outcome of her last case, shrewd, moody Detective Gamble is given a final chance to prove herself by solving the grisliest of homicides: a beautiful young woman chopped into pieces and dropped in a dumpster. Early clues reveal the victim, Jennifer McBride, as a prostitute. But as the investigation deepens, Gamble becomes convinced McBride was nothing of the sort. At the same time, Detective Gamble grows wary that she's being set up to fail by a vengeful chief of police and his minions. With the help of a handful of officers she trusts, Gamble sets out to untangle a web of lethal secrets and lies. Among the players: a corrupt pharmaceutical executive, a sleazy senator, and an American soldier turned sinister by tours of duty in Iraq. The body count climbs as Gamble inches closer to the culprit. Can she put the final elements in place before more blood is spilled? Movie director, producer, and novelist Ellis (City of Fire, 2007) serves up a killer crime tale with riveting characters and relentless twists.--Block, Allison Copyright 2009 Booklist

Money buys a cover-up. Still coming to grips with her brother's murder six years ago, still in disfavor with the higher-ups at L.A.'s Parker Center for embarrassing them last time out (City of Fire, 2007), Lena Gamble is assigned the gruesome Cock-a-doodle-do homicide, a case Chief Logan and Lt. Klinger fervently hope will bring her down. The corpse's face has been mashed and her body surgically dismembered. Was she one of the Cock-a-doodle-do whores killed by a john? Lena's investigation leads her to billionaire Dean Tremell, head of Anders Dahl Pharmaceuticals, who spends his money tidying up after his profligate son Justin and greasing politicos and researchers to ensure his firm's solvency. Meanwhile, the victim's identity remains illusive; the woman she was claiming to be had actually died several years before. An anonymous tip from a witness-in-hiding sends Lena down more blind alleys. Internal Affairs keeps her under surveillance, and a reporter offers information, than reneges. More will die unpleasantly while the author reels off some potboiler plot tricks that eventually lead to two escapes and bring Lena to share a rueful glass of superior wine with a former adversary. Lots of tech supportshoe prints, handwriting samples, etc.for fans of procedurals and CSI to savor, along with enough bodies, buckets of blood and double-crosses to agitate conspiracy buffs, but interesting mainly as a possible screen vehicle for a distaff Bruce Willis. Copyright Kirkus Reviews, used with permission.
More book reviews at iDreamBooks.com