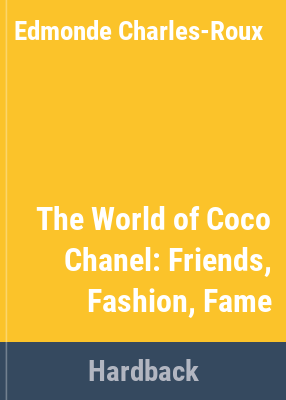 Gabrielle 'Coco' Chanel is an icon of fashion, and can lay claim to having invented the look of the 20th century. At the height of the Belle Epoque, she stripped women of their corsets and feathers, bobbed their hair, put them in bathing suits and sent them out to get tanned in the sun. She introduced the little black dress; trousers for women; costume jewelry; the exquisitely comfortable suit that became her trademark. Early in the Roaring Twenties, Chanel made the first ever couture perfume - No. 5 - presenting it in the famous little square-cut flagon that, inspired by Picasso and Cubism, became the arch symbol of the Art Deco style. No. 5 remains the most popular scent ever created. Chanel knew instinctively that the road to success lay in being absolutely at one with her own time. And what a time The era of Picasso, Diaghilev, Stravinsky, Cocteau, Jean Renoir, Visconti - all of whom 'Coco' knew and collaborated with, even as she matched their modernist innovations by liberating women from the prison of 19th-century fashion and creating a whole new concept of elegance. volume clearly shows, her life and accomplishment - even her chronic failure in love - constitute one of the great stories of the modern age. Her life is eminently suited to the lavish visual treatment of this handsome volume, which features more than 600 illustrations from an extraordinary collection amassed over the years by Edmonde Charles-Roux, Chanel's official biographer and close friend. An authoritative and practised writer, Charles-Roux has used careful research and vivid eyewitness accounts to set the pictures in their context of time and place. She makes Chanel live again