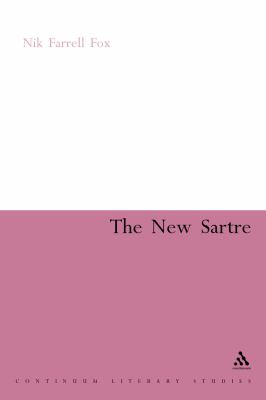 Jean Paul Sartre is still widely regarded as France's most famous and influential philosopher. The New Sartre presents a radical reassessment of Sartre's work, the first systematic study of Sartre's relationship to postmodernism.The book presents the reader with a detailed analysis of Sartre's entire oeuvre, from the 1930s to the 1970s, focussing in particular on his two main philosophical texts, Being and Nothingness and The Critique of Dialectical Reason. A fundamental revaluation of one of the central figures of 20th Century thought, The New Sartre highlights the critical value and enduring relevance of Sartre's work to our postmodern times.