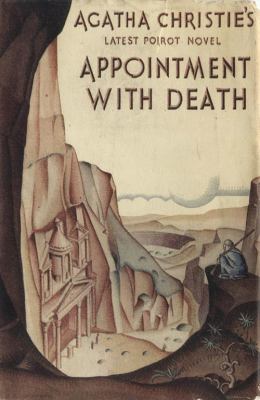 Appointment with death / by Agatha Christie.

A facsimile first edition hardback of the exotic Poirot book, based on Agatha Christie's own travels in the Middle-east with her archaeologist husband. Among the towering red cliffs of Petra, like some monstrous swollen Buddha, sat the corpse of Mrs Boynton. A tiny puncture mark on her wrist was the only sign of the fatal injection that had killed her. With only 24 hours available to solve the mystery, Hercule Poirot recalled a chance remark he'd overheard back in Jerusalem: 'You see, don't you, that she's got to be killed?' Mrs Boynton was, indeed, the most detestable woman he'd ever met... To mark the 80th anniversary of Hercule Poirot's first appearance, and to celebrate his renewed fortunes as a primetime television star, this title in a collection of facsimile first editions is the perfect way to experience Agatha Christie. Reproducing the original typesetting and format of the first edition from the Christie family's own archive, this book sports the original cover which has been painstakingly restored to its original glory.