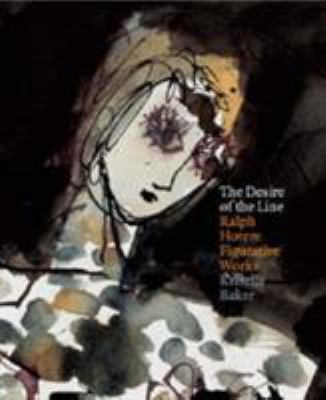 Presenting a less-known side of a well-known artist, this collection of Ralph Hotere's line drawings and paintings of women was done between 1959 and the late 1990s. The collection is divided into two bodies of work: the Woman Series and the Song Cycle. As its name suggests, the Woman Series is composed of line drawings of nude women; and the Song Cycle was originally drawn for a stage performance in 1975 and suggests movement and sound.

"Alongside the large abstract paintings for which he is so much admired, Ralph Hotere has throughout his career produced countless beautiful figurative works - drawings and paintings. In this book Kriselle Baker introduces these works and presents a rich selection of 142 images focusing especially on the gorgeous Woman series, a constant in Hotere's work from the 1960s. These are wonderfully varied, many composed of the simplest lines effortlessly suggesting warmth, intimacy and pleasure; others have flashes of colour or denser lines. Also included are a smaller group of works from Song Cycle, originally drawn for a stage performance and evoking movement and sound. The introductory essay, in which Baker explores the history of these images, their distinctive qualities and their role in relation to Hotere's better-known work, is followed by a catalogue of 112 full-page images and a list of works."--BOOK JACKET.