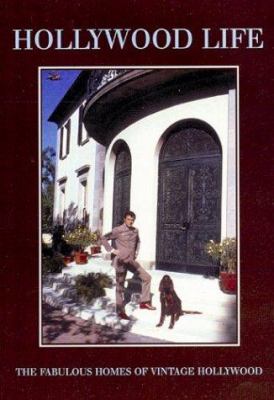 Hollywood life : the glamorous homes of vintage Hollywood / photographs by Eliot Elisofon ; introduction by Gavin Lambert ; an interview with Brooke Hayward and Leonard Stanley ; afterword by Elin and Jill Elisofon.

Imagine yourself cruising over to Zsa Zsa's to borrow a cup of gems or dropping by Steve McQueen's for a dip in the pool--or maybe you fancy a sauna with Charlton Heston? In 1969, Life photographer Eliot Elisofon gained an insider's access to the dream homes and private lives of Hollywood's most intriguing legends, from Mary Pickford to Natalie Wood, George Cukor to Tony Curtis. Some of his photographs were published in 1969 in his book Hollywood Style--they have since become the ultimate map of stars' homes, one that takes an intimate tour through private Hollywood in its glory days. As Hollywood Life reveals, the styles of a stars' homes are as diverse as the personalities who dwell in them. Whether Mediterranean, Tudor, or designed by such uber-chic Hollywood decorators as Billy Haines and Tony Duquette, together these houses create the hodgepodge that is Hollywood style.