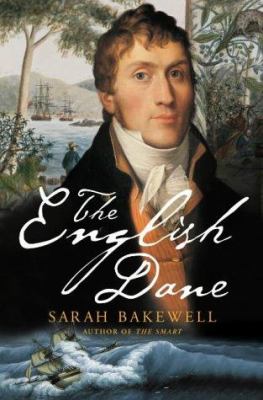 The English Dane : a life of Jorgen Jorgenson / Sarah Bakewell.

Jorgen Jorgenson was a Dane who made Britain his adopted country, and became caught up in its story at opposite ends of the earth. The son of a Copenhagen clockmaker, inspired by his hero Captain Cook, he came to London. Here he became a sailor and at twenty-three was among the small party sent to establish a new colony - Tasmania. Twists of fortune found him captaining a ship for Napoleon against Britain: captured, his life was under threat. He escaped execution, but next a pile of London gambling debts drove him to sail with British traders to Iceland. Now comes his long-dreamed of moment of glory. When Danish officials in Iceland bar their trade, Jorgensen and his fellows (including the young botanist William Jackson Hooker) simply stage a coup.For seven summer months Jorgensen rules Iceland, proclaiming it free from Danish rule, its ancient rights restored and 'at peace with all the nations of the world'. A British warship arrives, and his rule is at an end, but on the voyage home, Jorgen is a hero once more, saving them all from a fire at sea. He was not yet thirty.