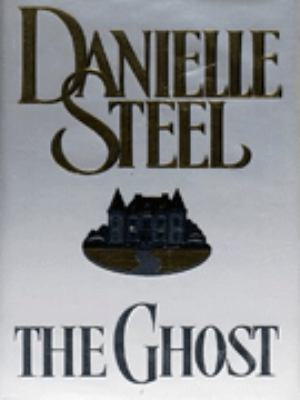 Genre/Form: Ghost stories. | Historical fiction. | Romance fiction.DDC classification: 823.914 Summary: With a wife he loves and an exciting London-based career, architect Charles Waterston’s life seems in perfect balance. Nothing in his comfortable existence prepares him for the sudden end to his ten-year marriage – or his unwanted transfer to his firm’s New York office. With nothing left to lose, Charlie takes a leave of absence from his job to drive through New England, hoping to make peace with himself. There, as if by chance, Charlie meets an elderly widow who offers to rent him her most precious possession: a remote, exquisite lakeside chateau. Hidden deep in the woods, it once belonged to a woman who lived and died there two centuries before. Her name was Sarah Ferguson. And from the moment Charlie sets foot inside the chateau’s graceful depths, he feels her presence…
Tags from this library: No tags from this library for this title. Log in to add tags.
Fiction notes: Click to open in new window

With a wife he loves and an exciting London-based career, architect Charles Waterston’s life seems in perfect balance. Nothing in his comfortable existence prepares him for the sudden end to his ten-year marriage – or his unwanted transfer to his firm’s New York office. With nothing left to lose, Charlie takes a leave of absence from his job to drive through New England, hoping to make peace with himself. There, as if by chance, Charlie meets an elderly widow who offers to rent him her most precious possession: a remote, exquisite lakeside chateau. Hidden deep in the woods, it once belonged to a woman who lived and died there two centuries before. Her name was Sarah Ferguson. And from the moment Charlie sets foot inside the chateau’s graceful depths, he feels her presence…

Charlie Waterston thought he had it alla beautiful wife, happy marriage, and brilliant architectural careerbut a year changes all that completely. London, his job, and the lovely house he and his wife shared all become unbearable after she leaves him for another man. The alternative, working for his firm's main office in New York, turns out to be equally unbearable, so he flees it all, escaping to Vermont ski country. A sudden snowstorm en route, a night's refuge at a bed-and-breakfast owned by a charming old woman, and his discovery of the 200-year-old diary of a brave and beautiful lady teach him to endure his own sufferings, reach out to others, and hope for love and happiness again. Fans expecting Steel's (Malice, LJ 1/96) usual glitz and glamour may be disappointed by this elegiac tribute to mature love hard won the second time around. [Previewed in Prepub Alert, LJ 8/97.]Cynthia Johnson, Cary Memorial Lib., Lexington, Mass. (c) Copyright 2010. Library Journals LLC, a wholly owned subsidiary of Media Source, Inc. No redistribution permitted.

Sometimes it takes a touch of the supernatural to bring true love to a heartbroken man. That's the gist of Steel's 41st novel, a predictable romantic saga that bounces back from the 20th century to the late 1700s. After Charlie Waterson's wife asks for a divorce, and he is unwillingly transferred by his architectural firm from London to New York City, he takes a leave of absence to try to find inner peace. The sympathetic landlady of a Massachusetts B&B loans him a house that has been in her family for two centuries. A small chateau done in exquisite taste, it was built for an English countessSarah Ferguson, who had fled her abusive husbandby her French lover, François de Pellerin. After Sarah's ghost appears in his bedroom, Charlie finds her journals, and is enthralled by her courage as he reads her descriptions of spousal abuse and other hardships (six miscarriages, a perilous voyage from England to Boston, homesteading among warring Indians and settlers). Sarah also describes the vicissitudes of her love affair with the dashing Pellerinpassionate but forbidden, since both are married to others. Soon, Charlie is inspired to cast off his ex-wife's lingering hold on his emotions and to acknowledge the woman he truly loves. Steel's familiar, formulaic plotting is only minimally enhanced by superficially researched local color and historical references. The ending is never in doubt, and Steel's fans may wish that she too had been offered some paranormal inspiration. Doubleday Book Club and Literary Guild main selections; simultaneous BBD audio. (Nov.) (c) Copyright PWxyz, LLC. All rights reserved

Steel's latest novel creatively combines two of her standard plot devices into one tale that will undoubtedly thrill her legions of devoted fans. Charlie Waterston, a successful American architect living in London, seeks peace in a trip to New England after his happy life is shattered by his wife's announcement that she wants a divorce and, simultaneously, an unwanted transfer to his firm's less prestigious New York office. In New England, he rents a mysterious old house, which turns out to be haunted by a beautiful ghost named Sarah Ferguson. When Charlie heads to the local historical society to research the house and the ghost, he meets the beautiful yet sullen and angry Francesca. (This is the primary standard plot: man meets woman, and they immediately hate each other, but both sense a strong sexual attraction.) Back at the haunted house, while poking around in the attic, Charlie discovers Sarah's handwritten journals, which spin the tale of her life, including her first marriage, her arrival in America, and her illicit and ultimately doomed love affair with a French nobleman who lives with the Native Americans in the area. (Here is the second standard plot: man and woman share the most powerful love ever but are destined to be kept apart by tragic forces.) Between marathon bouts of reading Sarah's journals, Charlie is also pursuing the unhappy Francesca, and soon, as the reader has expected, she eventually succumbs to his charms, and they all live happily ever after. Order in your typical Steel quantities. --Kathleen Hughes

In her 41st novel (Special Delivery, p. 751, etc.), Steel weaves touches of the paranormal into a historical romance. Charlie Waterston's marriage is kaput. His perfect wife of ten years suddenly tells him that their life has been empty and that she wants a divorce. In shock, Charlie--an American architect working in London--returns to the States and takes a six-month sabbatical to recover. Out on the road on a snowy night just before Christmas, he takes shelter at a bed and breakfast in Shelburne Falls, Massachusetts. He and the owner (one of Steel's benevolent older women) really hit it off. She then offers to rent him a house bequeathed to her by her grandmother: a perfect small chateau on a nearby lake built in 1790 for Sarah Ferguson, the Countess of Balfour, by her lover Franois de Pellerin, a virile French count who spent much of his time on the frontier with Indians. Sarah, who had been badly abused by her husband, and had given birth to several dead babies, ran away to America to make a new life. Charlie begins to read her journals, and one night, entering his bedroom, he believes that he sees her ghost. Steel parallels chapters about Sarah's ordeal with the Earl of Balfour and her love affair with Pellerin, with chapters about Charlie's romance with Francesca Vironnet, a modern-day historian emotionally damaged by a bad marriage. Charlie finds Sarah's journals to have a hypnotic rhythm and a story so captivating that ``he wanted to sit in one spot until he finished all of them''--a description of a style that sounds a lot like Steel's, or at least what she intends. No amount of spellbinding rhythm can make up for an overlong romance. Despite the usual Steelian menu of love, pain, and compassion, most fans will figure out the ending long before they get to it--and could probably supply the cadences as well.
More book reviews at iDreamBooks.com