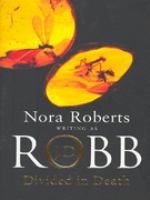 Killing was too good for him. She wanted him to beg and plead like the gutter rat he wasshe wanted him to bleed and screamonly then the bastard could die. A slow, withering, agonizing death. Nobody, nobody cheated on Reva Ewing.' Roarke's security specialist Reva Ewing is the prime suspect in a double homicide - accused of killing her adulterous husband and his lover - the woman Reva thought was her best friend. But despite having every reason for wanting both of them dead, Reva protests her innocence and Lieutenant Eve Dallas believes her. At the time of the murders, Reva's husband's computer system was also sabotaged. To Roarke, it's the computer attack that poses the real threat. Roarke Industries have been working on a top secret government contract to develop a program that would shield against a new breed of hackers. The Doomsday Group are techno-terrorists who attack systems, steal data, and corrupt computer units on a large scale - and they kill anyone who gets too close.

When a security specialist for Roarke Enterprises is framed for murder, Eve Dallas takes the case and finds it full of red herrings. She and her elite crew of techno-geeks follow each one, human and electronic, to cull truth from appearance. After gulps of real coffee and meals that include real beef served up by the charming Roarke on his new barbeque, they close on this complicated case. Characters continue to develop as Eve and Roarke face a crisis in their marriage, Peabody imitates Eve as she comes to terms with her new job, and the mysterious candy thief continues to rob Eve of her chocolate with impunity. Filled with humor and tension, this is another enjoyable mystery read by the talented and skilled Susan Ericksen; her range of voices and accents and ability to pull each character in without missing a beat bring listeners to the center of the story and leave them wanting more. Recommended for popular collections.-Juleigh Muirhead Clark, John D. Rockefeller Jr. Lib., Colonial Williamsburg Fdn., VA (c) Copyright 2010. Library Journals LLC, a wholly owned subsidiary of Media Source, Inc. No redistribution permitted.