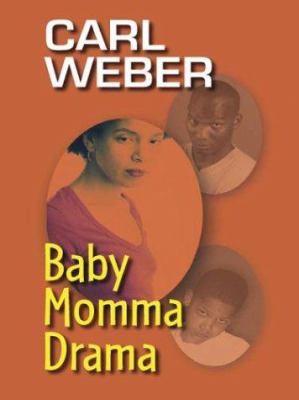 Weber gets down and dirty with a couple of bed-hopping African-American couples in his latest, a raunchy, over-the-top romantic romp that reads like a cross between a soap opera and a Jerry Springer episode. The protagonists are a pair of sisters, Jasmine and Stephanie, who have enough man trouble between them to last most families several generations. Jasmine's gig as a postal supervisor in Richmond, Va., gives her the edge in stability over her younger sister, Stephanie, but she happens to be dating Derrick, a drug dealer who is serving out a jail term as the book opens. Stephanie, meanwhile, lands a better boyfriend when she hooks up with Travis, a stable, staid army sergeant who is willing to marry her and adopt her young daughter, Maleka. But Stephanie screws up the relationship when she slips into the sack with her ex, a seedy hustler and absentee father. Jasmine has similar problems when Derrick gets out of prison early, just after she meets Dylan, a potentially stellar new beau. The novel's first half is reasonably solid, but drugs, sexual escapades, venereal disease and loud, melodramatic confrontations dominate the proceedings once the basic plot is outlined. The four primary characters are well drawn-though cartoonishly addicted to sex-but virtually every secondary character in the book is introduced for the purpose of bedding one of the major playas. Weber starts off with an entertaining setup, but the frenzied booty calls and out-of-control plotting spoil a potentially good read. (Jan.) (c) Copyright PWxyz, LLC. All rights reserved

This compelling novel is the hardcover debut of the author of the best-selling Married Men. In Richmond, Virginia, Stephanie and Jasmine compete for affection from their grandmother, Big Mama. The oldest sister, Jasmine, is waiting on her boyfriend, Derrick, to get out of jail. After three years of loyalty and celibacy, on one of her visits she finds Derrick in a compromising position with his baby's mama, Wendy. The hurt of that encounter causes her to seek out her friend, Dylan. Their relationship starts off shaky when his ex-girlfriend claims that she is pregnant. Little sister, Stephanie, has a daughter by her high-school sweetheart, Malek, who left her to pursue a music career in Washington, D.C. Throughout all of the "baby's mama drama," Jasmine and Stephanie learn that they actually have more in common and that no matter what they will always be sisters. --Lillian Lewis
More book reviews at iDreamBooks.com