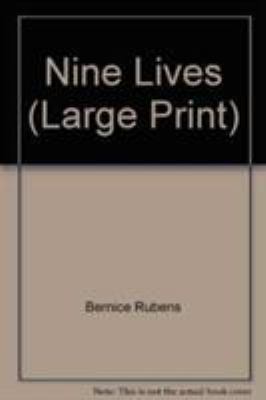 There's a killer on the loose in England, and no psychotherapist is safe. As insane murderers go, Donald Dorricks is fairly unusual. The blithely amusing Rubens (A Solitary Grief, 1991, etc.) gives him a pretty narrowly defined plan (at least the part readers are allowed to know about via his diary extracts), which boils down to murdering exactly nine psychotherapists. Dorricks is an extremely neat-and-tidy killer, usually wearing a mackintosh to keep the blood off, gloves for no fingerprints. Posing as a patient, he will show up for his first appointment, verbally toy with the unsuspecting victim for a bit, then garrote same with a length of guitar string. Then he departs, as unassumingly as he came, leaving not the faintest clue for poor Inspector Wilkins, who had the bad luck to be assigned the case. Rubens gives us the story from two other angles than Dorricks's spare, joyful diary excerpts (with titles like "Four Down, Five to Go"). There's the mournful, at-a-loss Wilkins view, then that of Dorricks's wife Verine, who regularly visits the killer in jail--the trial didn't go well for the unapologetic serialist, and much of the story is in flashback. Wilkins is a pretty sad creation, without clues and mostly just hoping (though he knows he shouldn't) for another victim, this time with maybe a fingerprint left behind. Verine has played the dutiful, wifely doormat for their entire marriage, and is only now, even after Dorricks's absurd defense (he admits to the murders but claims that his motive, revealed only at the climax, renders him "innocent"), is realizing just how giulty he is. Rubens has a neat, unfussy approach to the material, much in keeping with Dorricks's killing style. It makes for rather heartless reading, but not without lightening dashes of black humor. A killer so robotic that he seems sedated keeps a rather classically constructed, and very British, tale from being much more than an exercise in style. Copyright ©Kirkus Reviews, used with permission.
More book reviews at iDreamBooks.com