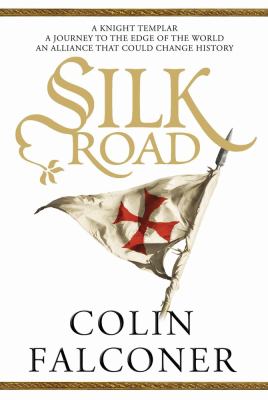 A Knight Templar's quest to reach the legendary court of Kubilai Khan in search of an alliance against the Saracens. Silk Road is an epic historical blockbuster, with blazing adventure, and a passionate love story . the ultimate medieval road trip!

"A Knight Templar, a journey to the edge of the world, an alliance that could change history"--Cover.

A Christian Knight sets out on an epic quest from Palestine to Xanadu, to form a crucial allegiance against the Saracens at the court of Kublai Khan.

1259 AD: Josseran Sarrazini is a man divided in his soul. A Christian Knight Templar haunted by a shameful past, he hopes to find redemption in a dangerous crusade: a journey from Palestine to Xanadu, to form a crucial allegiance against the Saracens at the legendary court to Kubilai Khan - the seat of the Mongol Empire.Instead he finds the solace he seeks in a warrior-princess from a heathen tribe. Beautiful and ferocious, Khutelun is a Tartar, a nomadic rider of the Mongolian steppe. Although their own union is utterly impossible, she will find in Josseran what she cannot find in one of her own.